The exes have two children together: daughter Elsie, who turns 5 in July, and son Charlie, 3

Zooey Deschanel and Jacob Pechenik have finalized their divorce.

According to court documents obtained by PEOPLE, their divorce judgment was filed in Los Angeles Superior Court on June 1, when they were both restored to the status of single persons.

The New Girl star, who took Pechenik's last name when they wed five years ago, was restored to her former moniker of Deschanel, the documents state.

The pair have two children together — daughter Elsie, who turns 5 in July, and son Charlie, 3 — and are sharing joint custody, according to the documents.

They have agreed that their individual retirement, pension and deferred compensation will not be split.

"All retirement' pension or deferred compensation assets in either party's name shall be and are confirmed to each as their sole and separate property, and the other party shall have no right, title or interest to them' and each shall indemnify and hold the other harmless with respect thereto," the documents state.

Deschanel, 40, and Pechenik, 48, met on set of the Bill Murray comedy Rock the Kasbah. They confirmed their engagement in January 2015 and got married that June. Following three and a half years of marriage, they separated on Jan. 8, 2019. Nine months later, Pechenik filed for divorce citing "irreconcilable differences."

According to the divorce filing, Pechenik, a producer, requested joint legal and physical custody of their kids.

Last September, they announced their split in a joint statement.

"After much discussion and a long period of contemplation we have decided we are better off as friends, business partners and co-parents rather than life partners," a rep for the couple told PEOPLE. "We remain committed to our business, our values and most of all our children. Thank you for respecting our privacy at this time."

The duo had separated several months prior to the announcement, a friend of the couple previously told PEOPLE.

"They are both very involved parents," the source said. "They have been separated for several months. They are very private and are excellent parents and love their kids so much and want this to be smooth for them."

A week after news of the split broke, a source confirmed to PEOPLE that Deschanel and Property Brothers star Jonathan Scott were dating after meeting while appearing on Car Pool Karaoke.

Since then, the two have been going steady — including social distancing together amid the coronavirus pandemic.

"Let me tell you, I've been quarantined with the perfect person," the HGTV star, 42, recently told PEOPLE of Deschanel. "Not only is Zooey an amazing cook, but she's a musician, so our house is constantly filled with music."

"I'm blown away, it's really been wonderful," Scott added, noting how lucky he is to get to spend his days surrounded by positivity during these challenging times.

"I think we're just taking it one day at a time here and it's a crazy thing nobody would have predicted," he said. "But I'm glad that I'm with somebody that I love, and somebody who's so talented." 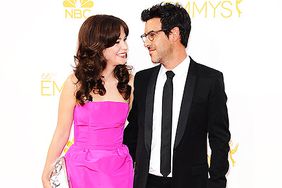 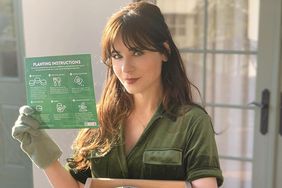