6 Reasons Why Zooey Deschanel Will Be a Great Mom

You know her lullabies are going to be on point

Zooey Deschanel is pregnant with her first child, and we can’t imagine a person better suited for motherhood than the New Girl star.

The happy result of a whirlwind romance with producer Jacob Pechenik, Deschanel, 34, is “over the moon,” she revealed to PEOPLE in an exclusive statement Tuesday. “We are so excited to meet our little one.”

For Deschanel, this is the role of a lifetime. We’re positive she’s going to be an amazing mother – here are six reasons why.

1. Her Sister, Emily, Will Be There to Provide Tips

Zooey isn’t the only wide-eyed Deschanel with a bun in her oven. In December, sister Emily announced that she is expecting her second child with It’s Always Sunny in Philadelphia actor and writer David Hornsby. The sisters will be able to commiserate over their swollen ankles together, while Zooey’s experience as an aunt to 3-year-old Henry has left her well-prepared to navigate motherhood.

2. Her Lullabies Will Be Seriously Awesome

Not only does Deschanel sing the catchy theme to New Girl, but she’s also in a band – She & Him – with singer-songwriter M. Ward. The dulcet sounds of lighthearted indie pop would make for the perfect lullabies.

On the blog she co-founded, HelloGiggles, Deschanel used to post “Crafternoon” ideas, where she would walk her readers through fun crafts. Once your child can reliably operate needle and thread, a glue gun and a pair of knitting needles, what better bonding time is there?

4. Her New Girl Character Is an Elementary School Teacher

While art doesn’t always imitate life, her New Girl character, Jessica Day, is an elementary school teacher and genuinely loves her work. We’re inclined to think there’s some method acting involved, because no one is that good at pretending to love children.

Seriously. Jess’s roommates are more children than men, but she knows how to keep them under control!

6. She Really Wants It

A self-proclaimed feminist, Deschanel has gone on record saying that she has no interest in having a child for the sake of it, nor in living up to societal expectations because it’s what’s done. “Like every woman is dying to give birth!” she told InStyle back in August. “I don t think so. Nobody asks guys that. And you go into a supermarket and every tabloid is like, Pregnant and Alone! Stuck in the 1950s ideal of how a woman should live her life. This brings out the fiery feminist in me.”

If Deschanel is ready to have a baby, it’s clear from her past comments that she’d never have one without being truly ready to take that next step.

PHOTOS: Zooey and Her Man: See the Parents-to-Be! 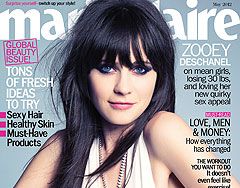 Zooey Deschanel Isn't Ready for a New Boyfriend – or Kids 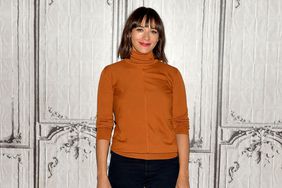