The addiction recovery specialist has been sober since 2011

The Bachelorette's Zac Clark is sharing more about his journey to sobriety.

Clark, who is now engaged to Tayshia Adams, appeared on Tuesday's episode of the Heart of the Matter with Elizabeth Vargas podcast and revealed that he once had gallbladder surgery in order to secure more pain pills during the throes of his addiction.

"I'll never forget — I went to an Eagles game on a Sunday and overdid it, which basically means I did all my drugs," he told host Elizabeth Vargas. "So I woke up Monday morning with nothing left and I was sick."

"I had this crazy thought because I was feeling sick that I was going to go to the hospital and talk a doctor into giving me some medication," he continued. "I didn't know what my plan was' and then I think dehydration or something kicked in and I felt my side. I was like, 'I think I can figure something out here.' I think I Googled whatever symptoms I had to Google."

When he got to the hospital, Clark, 39, said he was able to "shmooze" the doctor into performing surgery. "Sure enough he was giving me Dilaudid within a half hour and I ended up going through with the surgery," he said.

"You had your gallbladder removed just so you could get pain pills?" Vargas asked.

"That is correct," Clark confirmed.

"Right before — you know, they put you under, I mean, they knocked me out for that surgery — the doctor looked at me in the eye and he goes, 'You know what we're doing today, right?'" he continued. "I said, 'Yeah, you're taking my gallbladder out.' He said, 'Before I put you under, I just want to make sure you want to go through with this.' And I was like, 'Yep.' And I did it. It was nuts."

RELATED: Tayshia Adams Is Moving to New York with Fiancé Zac Clark — 'I Can't Wait to Experience Life with Him'

Clark — who has been sober since 2011 and now works as an addiction recovery specialist — has been open about his struggles with alcohol and drugs since the start of his Bachelorette journey.

In December, he recalled the moment he realized Adams, 30, liked him after she opted to have apple cider with him rather than champagne after one rose ceremony.

"After the rose ceremony, there's this round of toasts," he said during an episode of Adams' Click Bait podcast. "The guy came out with the tray of champagne and there was four champagnes and one apple cider and she looks at him and she goes, 'No, I'm drinking apple cider with him tonight.' And I said, 'What?!' She made the guy go back, get an apple cider while all these people are waiting." 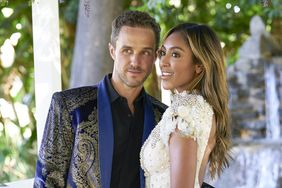 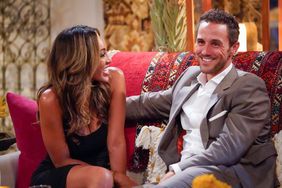