"All my life I prayed for someone like you!!" Yolanda Hadid wrote in the loving message

On Saturday, the former Real Housewives of Beverly Hills star, 56, posted a loving tribute to Jingoli on social media in honor of their 2-year anniversary.

“All my life I prayed for someone like you!!” she wrote alongside a slideshow of cuddly snapshots. “Thank you for being such a bright light in my life, the calm in my storm and for being the most honorable man that I know.”

“Happy 2 year anniversary Joey Jingoli, I love and appreciate you,” she concluded her sweet message to the construction CEO.

Although the former Bravo star has kept some details about her relationship under wraps, she previously shared that the pair have really “connected” over their lives on the East Coast.

"I don't really want to talk too much about my private life, but yes, I have been in a relationship for 15 months and I'm very much in love with my boyfriend," Hadid said during an interview with Bravo's The Daily Dish last May.

Hadid, who raises chickens, cattle, ponies and more on her farm, said that "what has connected us is probably horses and the farm life."

RELATED VIDEO: Gordon Ramsay on His Friendship with Gigi Hadid: 'Only Reason Why My Kids Want to Talk to Me'

In a 2018 interview with PEOPLE Now, Hadid opened up about how the pair met at a time when she was focusing on herself following her divorce from ex-husband David Foster.

"I really wanted to take the time, this time, to heal from not only Lyme disease, but my divorce and really step into my own power as an independent woman and just feel whole on my own for the first time in, you know, 53 years," she said.

Then one day, Jingoli “magically” appeared at her door. "I really started focusing," she said. "I made a love spiral and wrote down exactly everything that was important to me in a man and he magically just rang the doorbell at the farm." 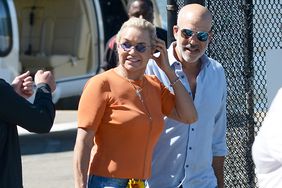 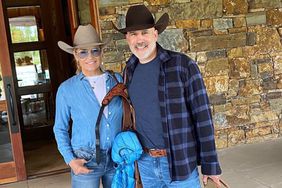 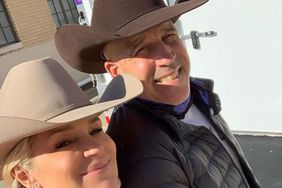 Yolanda Hadid and Boyfriend Joseph Jingoli Are 'Very Much in Love': 'Farm Life Has Connected Us' 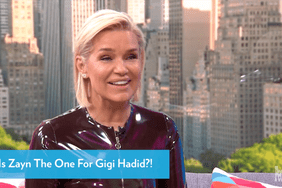