Gillian Anderson: About That Time My Daughter Tried to 'Warn' Me About an Impending Fashion Disaster

The X-Files star says she appreciates her daughter's advice

When Gillian Anderson was running late to attend a recent theater event, she thought she could just throw something on. But “it did not photograph well,” she tells PEOPLE in the latest issue.

Having done a photo shoot earlier in the day, for which her hair was styled with wax for a ’90s look, Anderson had planned to just wear the same hairstyle for her event that night.

“It was really greasy,” says the X-Files star, 47. “It looked great but if you try and wear that in your real life then it looks like you have not washed your hair for a year and a half.”

Anderson’s evening with her family, including her two sons – Oscar, 9, and Felix, 7 – quickly began slipping away.

“Everything – bath, dinner, homework – took so long that I started to get ready about 20 minutes before I was meant to leave,” she adds. “So I pulled something out of my closet, literally the first thing I put on and found some costume jewelry. Just anything to get me out of the door.”

For more of our One Last Thing interview with Anderson, pick up the latest issue of PEOPLE, on newsstands now

The actress put her hair up in a bun and looked in the mirror. “I had on an oversized dress that had no waist to it and actually the top part over my boobs was just this chunky, it was just not, yeah,” she says, laughing.

The actress says she realized just how “right” her daughter had been when she later saw photos of herself. “There I am with greasy hair up in a bun. Not a good look,” she says. “But it was for a good cause.” 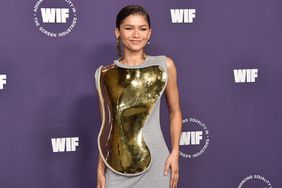 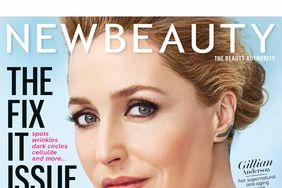 Gillian Anderson on Aging Gracefully: 'There Will Always Be the Desire to Stop the Process' 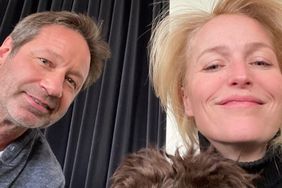 Gillian Anderson on her children, Oscar and Piper

Gillian Anderson: "I probably don't have a clue as to what's coming"

Mulder and Scully! Gillian Anderson and David Duchovny Have a 'The X-Files' Reunion

Gillian Anderson on Making a "Choice Not to Work"

Anderson Wraps Up Role on 'X-Files' 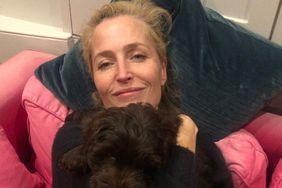 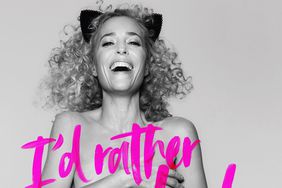 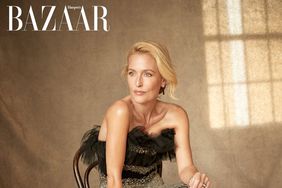