'World of Dance' Bringing Back Breakout Contestants from Last Season and Some Impressive Challengers — See the Lineup!

Judges Jennifer Lopez, Derek Hough, and Ne-Yo are returning, as are mentor/host Jenna Dewan and contestants from season 1 like Eva Igo, The Lab, and Royal Flux

Summer is about to get moving as World of Dance gears up for a May 29 premiere on NBC with Jennifer Lopez, Derek Hough and Ne-Yo taking their seats at the judges’ table while Jenna Dewan returns as host and mentor. But they’re not the only people returning for season 2 of the dance competition series.

Last year’s runner-up, Eva Igo, the season’s highest-scoring Junior Team, The Lab, and Royal Flux will all be back to compete for that $1 million grand prize.

Embodiment, a crew of 13 dancers aged 16-28, will be among the group competing in the Upper Team category, and they have quite the pedigree already: The group is currently run by dancer, choreographer, and So You Think You Can Dance alum Rudy Abreu, who has been a backup dancer for none other than J.Lo herself. And he’s gathered a gang of fellow backup dancers to compete alongside him.

They’ll also face tough competition from S-Rank, a hip hop crew of 14 from Los Angeles, which was created after performing with last season’s Chapkis Dance Family.

See the full line-up of dancers below:

Les Twins, the hip hop duo of Laurent and Larry Bourgeois from Paris, France, won the first season of World of Dance in August 2017. 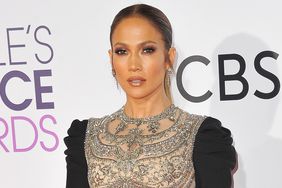