One woman was killed and four others injured in a 19-vehicle crash involving a Dancing with the Stars: Live! tour bus, PEOPLE confirms

One woman was killed and four others injured in a 19-vehicle crash involving a Dancing with the Stars: Live! tour bus, PEOPLE confirms.

Josephina Mae Buffington, 21, of Fairfax, Iowa, died during the Iowa pileup, according to a crash report by the Iowa State Patrol obtained by PEOPLE. She was not wearing a seatbelt.

Three vehicles were on the shoulder of I-80 when a semi-truck struck a vehicle.

Buffington was transported to the state medical examiner by Smith Funeral Home, according to the crash report. Four other people were injured in the incident, although it is unclear how serious the injuries were.

Some of the cast and crew members aboard the DWTS: Live! tour bus suffered minor injuries as well but all are doing well and recovering from the crash.

A source told PEOPLE that “everyone’s rattled” and some members of the cast suffered minor injuries in the accident but, ultimately, “everyone’s okay.”

The official DWTS: Live! tour Instagram account announced hours before its previously scheduled Monday evening show began in Ames that the production would be canceled due to the crash.

“One of the tour buses transporting cast and crew of Dancing with the Stars: Live! Light Up The Night was involved in a multi-car accident this afternoon due to bad weather while en route to Ames, Iowa,” the post began. “All cast and crew members are fine, with some recovering from minor injuries.”

“Given this unforeseen accident, and the fact that the safety and health of our cast and crew is of the utmost importance, tonight’s show at Stephens Auditorium in Ames, IA has been canceled,” the post continued.

Jordan Fisher, who won season 25 of Dancing with the Stars and is also currently on the tour, tweeted his gratitude.

On early Monday, Frankie Muniz tweeted about the weather conditions, writing, “Riding in the bus on our way to the show tonight in Ames, Iowa, looking out the window at the snow covered ground in this crazy blizzard listening to unreleased songs of a band I was in 8 years ago…”

Derek Hough’s girlfriend, Hayley Erbert, was on the bus at the time and he posted on Instagram to express his thanks that she was safe.

“I’m so thankful my love is safe,” he wrote. “To my DWTS family. I love you all and I am so glad you are all safe after such a terrible accident. Be strong, be safe and I will see you very soon.”

David Ross expressed his good wishes, tweeting, “Thinking of my @DancingABC extended family tonight. Glad you are all safe and praying for speedy recoveries.” 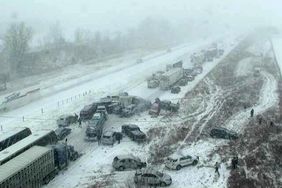 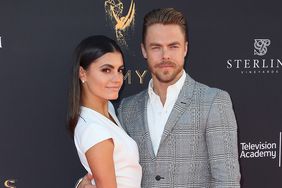 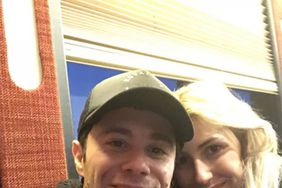 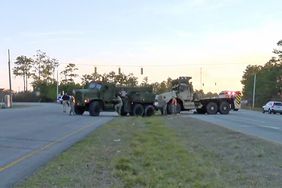 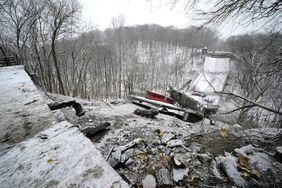