Why Ashlee's Moving to 'Melrose Place'

The singer is focusing on acting for now so she can "be close to her baby," says a friend

It’s all about baby Bronx for Ashlee Simpson-Wentz.

A friend of the singer/actress tells PEOPLE that the new mom has been looking for a way to balance work and family life. Now she’s found it as the newest star on The CW’s updated version of Melrose Place, which starts filming in April.

“She wanted something stable so she could be close to her baby,” a friend tells PEOPLE. “She was specifically looking for something in television as her next step, that filmed in Los Angeles, so she wouldn’t have to be away from Bronx.”

Simpson-Wentz, who got her first big acting break seven years ago on TV’s 7th Heaven, will play a small-town girl trying her luck in L.A. and will display a “disarming naivet [that] masks the calculating, shrewd sex kitten within,” according to Entertainment Weekly.

Simpson-Wentz, 24, and three-month-old Bronx are currently on tour in Europe with Pete Wentz, 29, and his band Fall Out Boy.

Adds the pal: “Music is still a passion but [Ashlee] felt this was the best thing for her and her family at this point in her life. She’s really excited about Melrose Place.” 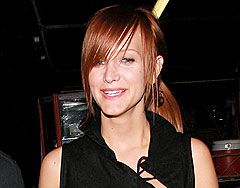