Who's the Boss? is coming back to television!

An update to the popular '8os sitcom is in the works, Tony Danza and Alyssa Milano — who starred in the original series for eight seasons — confirmed on Tuesday.

"Excited to bring The Micelli family back to television! #WhosTheBoss," Danza, 69, tweeted alongside a throwback promotional shot of himself and Milano, 47.

Alyssa Milano Is Ready for a Who's the Boss? Reboot – with Tony Danza as a Grandpa

Meanwhile, the actress wrote on her Instagram, "🚨ANNOUNCEMENT🚨 I AM SO EXCITED! #WhosTheBoss is coming back!!!"

"I’ve wanted to share this for so long and now I can!" Milano continued. "We feel the time is right to tell the story of where these amazing characters are today. Can’t wait to share their stories with you. So happy."

Sony Pictures Television is currently developing the project as a sequel to Who's the Boss?, according to Deadline, who was first to report the news. Both Danza and Milano are attached to reprise their roles as father and daughter Tony and Samantha Micelli and the two will also executive produce the show along with Norman Lear, Brent Miller and Dan Farah.

The revival will take place 30 years after the events of Who's the Boss?, centering around Samantha's new life as a single mother and her relationship with her retired father, according to the outlet. The new show will take place in the same house where the original was set.

Original cast members Judith Light and Danny Pintauro are also supportive of the sequel, Deadline reported. The fifth member of the core lineup, Katherine Helmond, passed away on February 23, 2019.

Last year, Danza rejected the idea of rebooting the show and cited Helmond's death as his reluctance to revive the series.

Alyssa Milano and Tony Danza Mourn the Death of Who's the Boss? Costar Katherine Helmond

“First of all, I’ve never been a big fan of these reboots,” he said on Good Day New York. “[But] no, can’t reboot [Who’s the Boss?] because we’ve got no Katherine Helmond, that’s why not. That’s it.”

Danza stood firm in his rejection of a reboot at the time, but admitted that he wished Who's the Boss? got more play on TV so it could be introduced to a younger generation.

“I wish it was on TV. It would be a good show for kids to see,” he said. “The other night I was standing in front of the Paley Center on 52nd Street, [and] this woman walks by with these two little kids, and the kid’s about 6 years old, he goes to me, ‘Are you Tony Micelli?’ I go, ‘How the heck do you know that?’ His mother says he watches it all the time.”

According to Deadline, the sequel will be shopped to buyers with the opportunity to also license all 196 episodes of the original series. 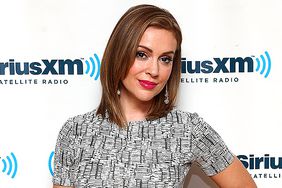 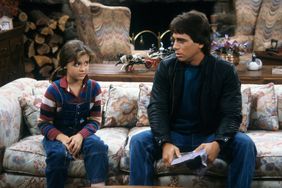 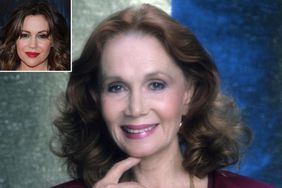 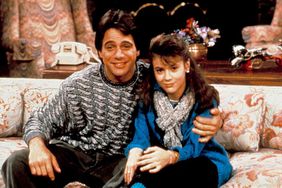 Alyssa Milano Is Ready for a 'Who's the Boss?' Reboot – with Tony Danza as a Grandpa 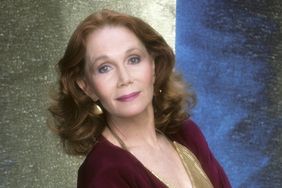