Which Will Ferrell Role Is Jim Parsons Reprising for NBC?

Did you hear the one about the theoretical physicist who became a jovial elf?

Based on the 2003 film Elf that starred Will Ferrell, the hour-long claymation special follows Buddy (Parsons) as he travels to New York City to meet the father he never knew he had. 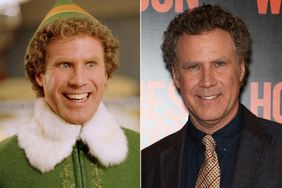 'Elf' Turns 16! See the Cast of Will Ferrell's Holiday Comedy Then and Now