"He's been married, his kids are in their 20s — and yes, he's black," Wendy Williams told her talk show audience

Wendy Williams is back.

On Monday, Williams, 54, returned to host The Wendy Williams Show after a five-week hiatus and wasted no time diving into the Hot Topic of the day: herself. Or more specifically, her dating life in the wake of her split from estranged husband Kevin Hunter.

“Well, I’m not on the market anymore,” she said. “I don’t know how I’m doing! I’m not in love, but there’s somebody that I’m crazy about.”

“All right, listen. It’s not who you think. Mother doesn’t deal with children,” she continued, seemingly referencing her recent fling with a 27-year-old convicted felon named Marc Tomblin. “But it just so happens that I guess with my charm and wit I attract people of all ages. If you’re 27, like my new friend Marc — okay, relax. So here’s the deal. The paparazzi are chasing. [Marc is] from L.A. He came to New York, he had never been to New York before. And I am a hand-holder. If we go out, I am holding your hand. I went out last night for dinner with my executive producer David Perler and I held his hand.”

“You all think I’m messing around with a 27-year-old — 27-year-old boys, quite frankly, do find me very attractive. I get it,” she added. “But when it comes time for the comfort of a man, I need somebody in his 50s, too. And he’s got to work.”

With that, Williams gave a sly smile before letting a few details on her mystery man slip.

“It helps that he’s a doctor,” she hinted as the audience began cheering wildly. “I am not going to say one more word. You’re not going to blow this for me. But he’s been married, his kids are in their 20s. And yes, he’s black. I know you’re wondering.”

Williams filed for divorce from Hunter in April after over two decades of marriage. She has also cut ties with her ex professionally; he was removed as executive producer of The Wendy Williams Show, and she dissolved The Hunter Foundation, the non-profit organization the couple founded in 2014.

On Monday, Williams mostly avoided discussing her divorce, though she did slam a recent Globe tabloid cover about the split.

“When I saw this, I almost passed out,” she said. “I bought all of them at the airport … and walked on about my business. My family is doing fine. I am doing fine.”

A source recently told PEOPLE that Williams has “actually been in really good spirits” since the split and has been throwing herself into her work. 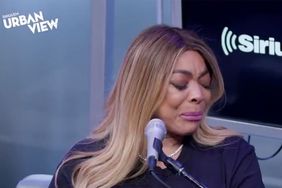 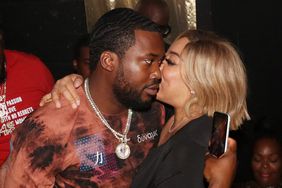 Wendy Williams Jokes She Was Asked to Be the Bachelorette: 'It'd Be a Nice Check' 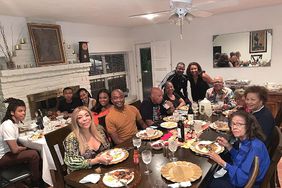