"I've never been spoiled before," the actor tells The Red Bulletin

Norman Reedus says he never expected to be a star, “but I made it.”

The Walking Dead star tells The Red Bulletin – which has shared these photos exclusively with PEOPLE – that his success is all thanks to a Hollywood Hills party.

Reedus recalls that he was drunk and “mouthing off” when someone asked him to be in a play. After an agent spotted him the show’s first night, the rest is history.

“I’ve never been spoiled before,” says the actor, 46. “It wasn’t in my game plan to ever think like that. And it still isn’t. I still put potato chips and bread in the refrigerator because I’m used to my apartment having bugs in it. I’m still that guy.”

Reedus says acting in the popular AMC zombie series (which returns for its sixth season in October) is the first time he’s had a gig where he knows he can rely on the paycheck.

“This is the first job where I’m making money and I know I’m going back,” he tells the site. “I’ve always lived hand to [mouth] and job to job. It’s nice to have a 9-to-5 instead of trying to find a job to pay the rent this month and doing an art show to pay the rent the next. I’m still that guy. But I made it.”

Reedus’ nomadic nature likely stems from his bouncing between cities while he grew up. The star eventually lived in Japan with his mother before graduating from high school.

Despite his more grounded lifestyle of late, the fan favorite says he’s still not used to the show’s popularity: “It’s weird that the show is successful,” he says. “I really like that idea of flying and making art. I’d still probably be doing that, to be honest. I really liked that time.”

Norman Reedus on His Final Day on 'The Walking Dead' , What He Gave — and What He Took 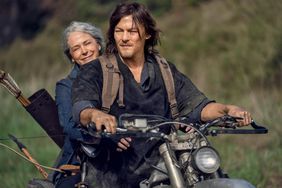 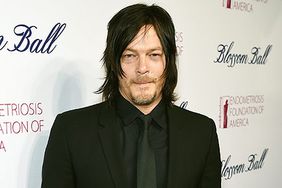 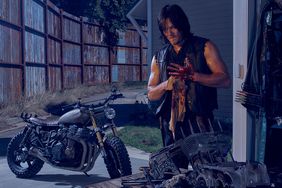 Norman Reedus: 'The Planet Is Going to Explode' When 'The Walking Dead' Returns

Norman Reedus: Reports of My Licking People Are Way out of Proportion 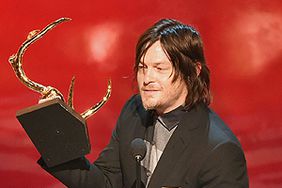