Plus: Sarah Palin Tweets support and a photo of the viewing party in her living room

The ballroom was abuzz Monday night during the Dancing with the Stars premiere – with many wondering about Alaska’s former first daughter Bristol Palin and her debut routine with pro partner Mark Ballas.

Well, Bristol proved worthy when she danced the cha cha to Three Dog Night’s “Mama Told Me Not To Come,” complete with a dramatic costume change.

She began buttoned-up in a gray suit – reminiscent of something her mother might wear, Ballas said – before ripping it away to reveal a skimpy red, fringe dress.

PHOTO: Bristol Is Miss Modest in Her Dancing Costume

Though many thought her mother, former Alaska Governor Sarah Palin, would be in the audience, she was not in the ballroom but did Tweet a photo of the viewing party taking place in her living room.

“Over-the-moon excited and happy for Bristol!” she posted. “Cheering her on @ DWTS party in the Palin living room.” 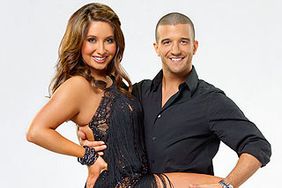 Bristol Palin Comforted by Mom's Presence in the 'DWTS' Ballroom 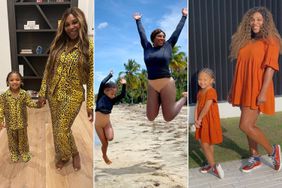 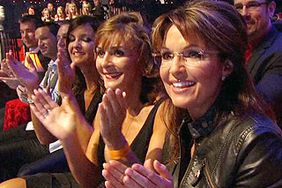