The upcoming Lifetime movie, Victoria Gotti: My Father's Daughter, gives an inside look at the world of the daughter of mob boss John Gotti

Ever wondered what life would be like growing up with a mob boss as a father? Just ask Victoria Gotti.

The new Lifetime movie Victoria Gotti: My Father’s Daughter gives an inside look at the world of the daughter of mob boss John Gotti — and PEOPLE has the first look at the film.

In exclusive images from the film, Victoria (played by Chelsea Frei) is seen leaving court as she’s swarmed by reporters. In another shot, she sits across from her father in jail.

The film “tells of a sensitive child growing up with a beloved father (Maurice Benard) she worried about constantly; the tragedy of her younger brother’s death; and her turbulent romance, forbidden by her father, with the man who later became her husband,” states the official synopsis.

John Gotti, who died of cancer in prison in 2002, finally lost his nickname as the Teflon Don in 1992, when he was convicted of 13 murders, including the slaying of his predecessor, Paul Castellano, outside a New York steakhouse. But Gotti had been fingered as the mastermind behind others.

“Victoria had a front-row seat to a life the world became fascinated with, all while trying to reconcile the loving father she adored with a man the outside world was determined to bring down,” continues the synopsis.

The film is based on Victoria Gotti’s book This Family of Mine: What It Was Like Growing Up Gotti. Victoria, who also executive produces the film, will appear on camera narrating her story. 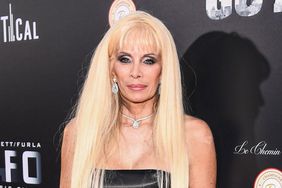 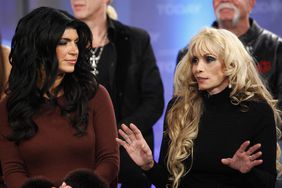 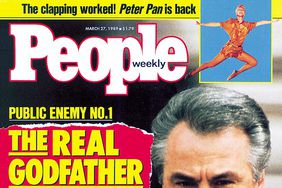