Vanessa Hudgens Says She Messaged Cole Tucker After Meeting Him on Zoom: 'No Shame in Making the First Move'

The actress, 32, revealed that she was the one to message her now-boyfriend Cole Tucker after meeting him on a Zoom meditation group with some friends.

"I get on the Zoom, and I'm like, 'Who is that?'" she said during an appearance on the Drew Barrymore Show Friday. "I found him, and we started talking."

Asking Hudgens to elaborate on how she navigated sending the first message, host Drew Barrymore said, "I think I still have that stigma that the man is supposed to do that initial step."

"If I want something or someone, I'm going after them," the High School Musical alum replied. "I fully just slid into his DMs and was like, 'Hey, it was nice to meet you.' So I think there is no shame in making the first move."

"Why wait for someone else to give you what you want?" Hudgens added.

The Princess Switch star was first linked to Tucker, 24, in November when they were spotted holding hands and hugging one another during an outing in Los Angeles.

Hudgens confirmed their relationship on Valentine's Day by posting a sweet image of the pair sharing a kiss on the lips on Instagram.

"It's you, it's me, it's us. @cotuck ❤️💋🤟🏽," she wrote in the caption of the post, to which the Pittsburgh Pirates baseball player replied in the comments, "Big love."

Since then, the couple haven't been shy about showing their love.

Vanessa Hudgens Gets Cozy with Cole Tucker in New Photo: 'This Makes Me Happy'

In March, Tucker told reporters during a spring training session that he's "got a girlfriend and she's cool."

"She's awesome," he said of Hudgens.

Recently, Hudgens said in an interview with Entertainment Tonight that Tucker is "just kind of perfect for me."

"I am [happy]. I really am," she continued. "I think that it's also so important to stay grateful for everything that you have in life. I've been making that a priority, and I feel like it's just been making magic happen all the more." 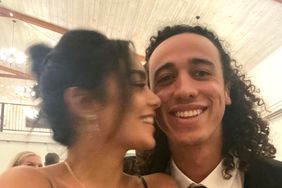 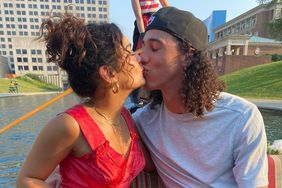 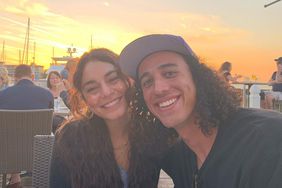 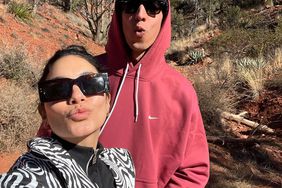 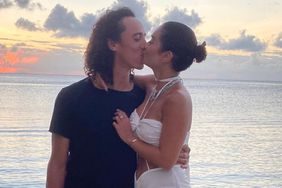