Ariana Madix is defending Vanderpump Rules after fans pointed out a continuity error in this week’s episode.

On Thursday, the Instagram account @realityandrose posted two screengrabs of Madix and Lisa Vanderpump‘s raw conversation about depression. Although the side-by-side photos are of the same scene from Tuesday’s episode, Madix’s hair and makeup look slightly different, suggesting their discussion was actually filmed twice.

“Did anyone else catch Ariana’s hair growing 3 inches over the course of her conversation with LVP? ? Come on Bravo editors….you can do better! ??,” the caption reads.

Others had picked up on the inconsistency Tuesday night on Twitter. “i love ariana sm but why is no one talking about her hair and makeup changing in the middle of her and lisa’s deep convo,” one viewer wrote.

“Oh they have tweeted all night about it. Talk about blatant scripting. Lol,” another replied.

But the bartender and cocktail book author clapped back.

“absolutely not scripting. please don’t speak on this without knowledge of how we film. this is my real life,” tweeted Madix, 34.

When the original tweeter pointed out, “i never said it was scripted!,” Madix responded, “i get it! i’m just sensitive about it bc the subject matter is very real to me.”

Asked about the discrepancy on Instagram, Madix told a follower, “pickups are in every season and every episode. happens when something doesn’t line up, a shot is blurry, etc. just a way to fill in the gaps. nothing about pickups makes the show inauthentic or our conversations less real.”

During her talk with Vanderpump, Madix admitted she’d been feeling depressed “for a very long time.”

“I had these, like, big, huge life goals that I have achieved, like the house, the book. And I thought that was gonna fix me,” she told the camera. “But it didn’t change who I am, and this undercurrent, this depression, is, I’m realizing, probably always going to be a part of me and a part of my life.”

It’s been a rough week for the series, which follows the personal lives of waiters and bartenders at Vanderpump’s Los Angeles restaurant empire. Two new cast members, Brett Caprioni and Max Boyens, were accused of using racist language in resurfaced tweets.

“I want to sincerely apologize for what I tweeted in 2012 — it was wrong on every level,” Boyens, 27, said in a statement to PEOPLE. “It is not a representation of who I am. I am shocked I ever tweeted that — and I am disgusted and embarrassed — I am truly sorry.”

Caprioni, 31, told PEOPLE in a statement, “I want to express my deepest apologies for the insensitive, ignorant, and hurtful comments I made. I am incredibly ashamed and accept full responsibility, and acknowledge that this language was as unacceptable then as it is now. Please know that I have learned and grown since then and would never use this language today. From the bottom of my heart, I am truly sorry.”

“I do not condone any of the heinous comments made in the past by Max and Brett and I am glad they understand the severity of their offenses and have shown utmost remorse and contrition,” she said in a statement to PEOPLE.

“I embrace a community of diversity and do not tolerate bigotry of any form within my workplace,” the restauranteur continued. “Max and Brett are both appropriately ashamed of their past obnoxious teenage arrogance and casual use of unacceptable terms. While both have now matured as adults, they have shown remorse for their prior reckless defamatory statements.”

“I do sincerely believe both have learned the power and impact words can have, and I have every hope this will be a lifelong lesson for them as we move into this new decade,” Vanderpump concluded. 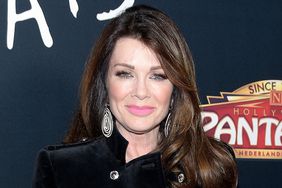 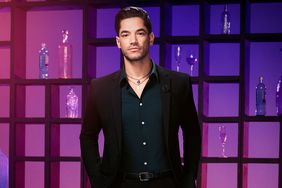