"They are celebrating their one-year anniversary this year," a source tells PEOPLE

The Orange Is the New Black star, 40, tied the knot with filmmaker Robert Sweeting last year, a source confirms to PEOPLE. The couple quietly said "I do" in a secret ceremony held in New York.

"They are celebrating their one-year anniversary this year," the insider adds.

Aduba opened up about her marriage for the first time in an Instagram post on Sunday while quoting When Harry Met Sally.

"For some of us, it can feel like we spend our whole lives waiting for our special someone. My heart, my love — I'm so happy my life started last year with you. You're the best thing that ever happened to me," she wrote.

The news comes nearly four years after the actress — who has historically been private about her personal life — expressed excitement about seeing her sister Chioma get married.

"It was unbelievable," the In Treatment star recalled on Live with Kelly & Ryan in 2017. "It was such a great experience. She got married in Majorca, Spain. This is the third wedding in our family, but Cheech, you know, we're the closest in age and just, you know, have that little like, roommates forever [bond]."

She added: "It was a beautiful, beautiful day, beautiful experience and [her husband] is great."

Last November, Aduba's mother died, though the actress didn't publicly share the news until April. Aduba has since said that her starring role in HBO's In Treatment helped her to cope with her mom's passing.

"It's never easy to lose anyone. It's certainly not easy to hold proximity to a loss when your character is experiencing a similar loss," she said on PEOPLE (the TV Show!) in May. "I thank HBO a thousand times for giving the space that was needed to help start that process. I think that it's challenging, but what I know is that it was also deeply healing at the same time." 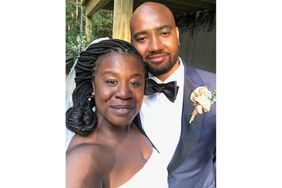 Uzo Aduba Opens Up About Secret Wedding to Robert Sweeting: 'It Was Awesome' 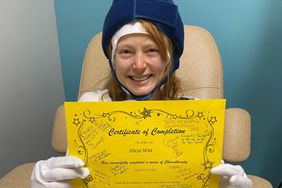