Life imitates art for the Bachelor-esque Lifetime show, who found love on screen and off

The two actors, who met while filming season 1 of Lifetime’s faux reality romance UnREAL, got engaged this past weekend in Canada, according to a representative for Stroma.

“We can confirm that Freddie Stroma and Johanna Braddy are engaged,” Stroma’s rep said in an exclusive statement to PEOPLE. “The proposal happened Sunday in Vancouver. They are both thrilled.”

Although the two actors’ UnREAL characters won’t be back for season 2 of the series, you can see both Braddy and Stroma in other TV shows.

Braddy plays tough Shelby Wyatt on the FBI drama Quantico and Stroma, whom fans first “met” via his scene-stealing appearance as unsuccessful Hermione suitor, Cormac McLaggen in Harry Potter and the Half-Blood Prince, stars in one of the network’s new series, Time After Time, in which he plays famous science fiction writer H.G. Wells, who’s transported to modern day Manhattan in pursuit of serial killer Jack the Ripper. 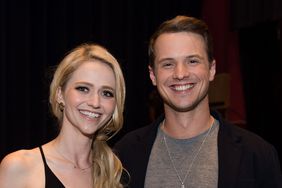 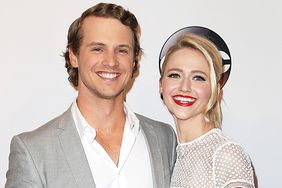 'UnREAL' 's Johanna Braddy Will Be a 'Traditional' and 'Feminine' Bride