'The Masked Singer:' Tyrese Gibson Stares at an Oscar Replica 'Every Day' to Manifest Winning One

Tyrese Gibson really wanted to hide his true identity from the Masked Singer panelists and viewers — so much so that he lied about his age and background while performing as Robopine on the signing competition. Early on in the competition, the Fast and Furious actor, 42, claimed to be a 60-year-old grandpa who grew up in Costa Rica.

Gibson opened up to PEOPLE about the unique strategy after being unmasked on Wednesday night.

"I was like, if you guys put too much stuff out there that's actually tied into my life, people are going to figure it out," Gibson said. "So the 60-year-old thing and Costa Rica, grandchildren was my way of throwing people off. If you start giving clues and you think my fans and supporters ain't going to know it's me, you're going to be sadly mistaken because they know everything."

Judge Ken Jeong praised Gibson's strategy after the action star took off his mask Wednesday night. "I think you played better than just about anybody on this show," Jeong, 51, told Gibson.

As he mentioned after being unmasked, Gibson went on The Masked Singer for his daughters Shayla, 13, and Soraya, 2.

"She basically said to me, 'I love this show, why don't you do it, Dad? You would win,'" the rapper told PEOPLE of his oldest child. "I think somewhere in my daughter's mind, she knows that I'm at a place in my music career where I take music very, very seriously. I respect artists that go to the studio every day and perform every day. But I'm a little past that, I'm not chasing the charts and chasing relevancy, so I drop every five years."

But of course, the show swore Gibson to secrecy once he agreed to participate. "The crazy thing is, I got the phone call that they wanted me to do the show and then I had to keep it a secret from her," he said, adding that Shayla didn't suspect her dad was under the Robopine outfit.

Although he may have fibbed a bit during his Masked Singer tenure, Gibson's "quest for a certain golden relic" mentioned in his week 6 clue package remains truthful.

"I have a dream that I'm going to win an Oscar one day," the Los Angeles native confessed. "I don't know if it'll be 10 years, maybe 20, but I just have it in my head that it's going to happen. I even went online and ordered a replica of an Oscar — I ordered two of them. I have one here in Atlanta and one in L.A. and I stare at it every day."

Fast and Furious fans can't wait for Gibson's next project, the franchise's ninth movie, to hit theaters next month, especially after it got pushed back numerous times due to the COVID-19 pandemic.

"We're really hoping that with all the vaccines and people like me who are now way more educated about how to operate in public places to try and stay safe in the pandemic, it's really special to be here," Gibson said of the approaching release date.

He can't share much else about F9, though. "They got a gag order on me," Gibson quipped. "So I can only talk about so much on that, but it's pretty crazy. They have figured out a way to continue to take this all up a lot of levels. It's wild to still be in this franchise."

The Manology author referenced his late costar Paul Walker in his final Masked Singer clue package, saying that the actor would've been proud of his turn on the show. Gibson and Walker used to talk about his own music between takes on set of the Fast and Furious movies.

"We would just sit in the car on the set and I would always let them hear my new songs and things that I just recorded," Gibson recalled. "It was a real R&B soul experience for him. He would say like, 'Yo bro, that's you singing? That's you? That's crazy.' He would always enjoy listening to me singing because my singing has literally nothing to do with my acting. He would also always talk about how far I go to create the music." 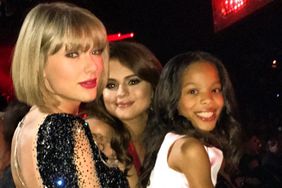