His TV alter ego, Sheriff Andy Bellefleur on HBO’s True Blood, has seen his share of mysterious pasts. But in real life, Chris Bauer has been harboring a dark secret of his own.

The actor, 47, has been sober for seven years, following a decades-long battle with drugs and alcohol.

“It was a slow-motion catastrophe,” Bauer tells PEOPLE. “I wasn’t just out of control, I was 100 percent off my path.”

Finally choosing to reveal his story is “intuitive and spontaneous,” Bauer says. “I got sober right after I shot the pilot for True Blood. Now that it’s winding down, I’m in touch with how much my life has changed from getting my act together.”

He had his first drink at 14, and very quickly developed an obsession with alcohol, Bauer says.

“I think I abused it from the beginning,” he admits. “The idea of taking one drink for me was on par with aliens and Bigfoot. It was always more than one. I drank to change how I felt inside, and that’s basically a one-way ride to oblivion.”

As an adult, and despite his growing success as an actor, the abuse continued. Bauer also dabbled in drugs. “Think of me as the person at the salad bar,” he says, admitting that he used cocaine and marijuana. “I took whatever there was to offer.”

The Hollywood scene only contributed to his addiction. “My business obviously collects all sorts of fringe and untraditional personalities,” says Bauer. “It was never hard, whether it was at a dinner party, a nightclub or a premiere, to find somebody to share their drugs with me.”

Still, alcohol remained Bauer’s drug of choice, and his dependence soon went from bad to worse.

“Alcoholism is extremely progressive,” he says. “I went from being the life of the party to not being able to make it to the party. All my energy was going into covering how drunk I was, how hung over I was or how quickly I could get out of a situation so I could go have a drink.”

‘I Deluded Myself for the Longest Time’

Because he was still able to function part of the time, and be a father to his two young children – Beau and Mercy, now 14 and 12, respectively – Bauer convinced himself that his issues weren’t severe.

“I deluded myself for the longest time,” he says. “Like, if I was making them breakfast, how could I possibly have a problem? But I realize that just because I put bacon and eggs on their plates doesn’t mean they were getting what they deserved from me.”

In 2007 came the wake-up call that Bauer couldn’t ignore.

“I was doing a skit at a benefit for my theater company,” he says. “I remember another actress said, ‘I hope this goes well,’ and I said, ‘I don’t care, I’ll be drunk anyway.’ That was when the first bell went off. Then I was in the kitchen, they’re announcing our names to go out, and I’m gulping vodka out of a pint glass. The next thing I remember, I was home, my tie was undone and my 5-year-old daughter was standing in front of me going, ‘What?’ That’s a really good memory for me to stay connected to. I just had this moment of clarity. My purpose is to be a solid, present, protective guide for my children.”

Another powerful motivator for Bauer to seek help came in the form of an ultimatum from his wife of 17 years, Laura.

“She was really afraid for me,” he says. “And she was in a lot of pain because of how inconsiderate I was. She said she was going to take the kids and leave, that she couldn’t stay in the situation until I changed things.”

And so, with the guidance of sober friends and aid from 12-step meetings (he never went to rehab), Bauer climbed his way out of addiction.

“It had to get so bad that my willingness to change and allow others to help me change had to override my obsession with drugs and alcohol.”

Along with the clarity that came with his sobriety, Bauer discovered other positive results. He lost 40 lbs., thanks in part to dedicated workouts with trainer Bobby Strom, and watched his blood pressure and cholesterol levels drop dramatically.

What’s more, “I can bench press more at 47 years old than I could playing football my senior year in high school!” he says.

But perhaps the happiest outcome has been a newfound appreciation for life. “It could have been so much worse,” Bauer says. “I have been incredibly blessed. And now I wake up in the morning and smile before I even have a chance to think.”

The actor stays “tuned up” by remaining dedicated to his program, focused on avoiding relapse. “I keep it fresh because I don’t want to go back there,” he says. “The solitude, the darkness, the inertia, it’s all waiting for me.”

Calm and clear, Bauer is resolute about the healthy direction his path has followed – and appreciates others who might just be coming out of their own dark depths.

Chris Bauer Reflects on Sobriety That Started with True Blood 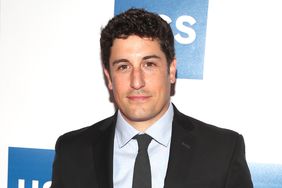