Pregnant Kylie Jenner and Travis Scott 'Have No Plans' to Get Engaged Yet, Source Says

PEOPLE learned that Kylie Jenner, 20, is pregnant back in November

Kylie Jenner loves her jewelry — but don’t expect her to slip on a wedding band anytime soon.

A source close to the pregnant reality star says she and her boyfriend, rapper Travis Scott, aren’t in any rush to walk down the aisle as they prepare to welcome their first child.

Back in November, she posted a Snapchat of herself driving her Bentley, sporting a large diamond ring on her left hand. But, the source says now, “there are no plans for them to get married or even engaged.”

“It’s not anything that Kylie seems to be focused on,” the insider adds.

PEOPLE learned that Jenner, 20, is pregnant in November, but neither she nor Scott, 25, have publicly confirmed the happy news.

The lip kit mogul has also remained secluded in her home — she was photographed out and about for the first time Wednesday at a construction site — though she’s teased fans on social media, posting clues about her baby girl on the way.

Jenner and Scott have been dating since April 2017 after she split from heron-again, off-again boyfriend of nearly three years, Tyga.

It’s been a baby boom for the Kardashian-Jenner family: sister Kim Kardashian West welcomed her third child, daughter Chicago West, via a surrogate Jan. 15, and sister Khloé Kardashian is expecting her first child. 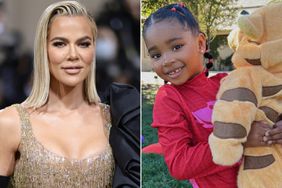 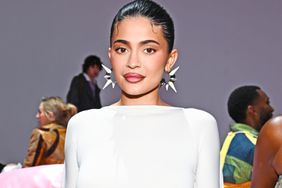