Tracy Morgan and Megan Wollover Divorce: A Timeline of Their 10-Year Relationship

It all started with a blind date. The pair were matched by a mutual friend in 2011.

Prior to meeting Megan Wollover, the 30 Rock star had been married to Sabine Morgan for 23 years; the pair divorced in 2009.

Morgan told PEOPLE in 2015, "The very first thing I said to Megan when I met her was, 'You are going to be my wife.' No joke, before I even said 'Hello,' I knew we would be married one day."

Morgan got down on one knee and asked Wollover to marry him in San Francisco; the comedian announced the news on the Emmys red carpet in 2011.

The pair announced that Wollover was expecting in January 2013, with Morgan telling PEOPLE that he was "over the moon excited and just [wants] a happy and healthy baby and a safe delivery for Megan."

The pair welcomed their daughter, Maven Sonae, into the world on July 2, 2013.

Together Through It All

On June 7, 2014, a Walmart tractor-trailer slammed into Morgan's limousine on the New Jersey Turnpike. The crash killed his friend and collaborator, comedian James McNair, 62, and left the funnyman wheelchair-bound for five months.

Wollover stayed by her then-fiancé's side throughout his recovery. In an interview with Essence, Wollover said of the experience, "It wasn't even a thought for me. I was there. I felt I had to be. At that point he wasn't my husband, but we were actually supposed to be getting married that summer. When you choose to share a life with somebody, God forbid something bad would happen, you want to choose the partner that's going to ride with you through the good and the bad. There were moments where I don't think he really felt that he would [work] again. Even moments where he might not have felt he might have been walking, but I heard doctors say, 'You know, if you do your therapy, you're going to walk.' We just had to keep being positive about it and strong. I was strong with my husband. You don't get a big pity party from me for too long. I had to stay strong."

The pair wed 14 months after the accident.

"After almost losing Tracy last year, I am so grateful to finally be married to the love of my life," Wollover, who was an emotional lifesaver for the comedian after his horrific accident, said of marrying Morgan. "We have been through so much and our love is stronger for it."

Morgan, whose painstaking road to recovery included learning to stand, sit and walk again, had been determined "to walk my wife down the aisle" by his wedding day, he told PEOPLE in June 2015. "I don't want to walk my wife down the aisle with a cane or in a wheelchair," he said at the time. "So I had to go hard with the therapy I had to get better. There was no ifs, ands or buts about it."

Last June, on the the five-year anniversary of his car accident, Morgan reflected on the tragedy and thanked his wife and children for helping him get "back on my feet."

"There isn't a day that goes by that I don't miss my friend Jimmy Mac, who sadly lost his life that night. I love you Jimmy .I thank GOD for my family," he wrote on Twitter. "I am eternally grateful for the love and support they give me. My wife, daughter, sons, and friends are what got me back on my feet. I live every day trying to do right by them and the most of this second chance."

The pair announced in July 2020 that they are divorcing after five years of marriage.

Morgan told PEOPLE in a statement released through his spokesperson, "Sadly, after nearly five years of marriage, Megan and I are filing for divorce. This is a challenging time for all involved, so I ask that you please respect our privacy." 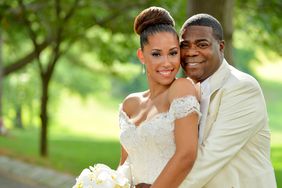 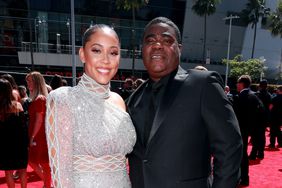 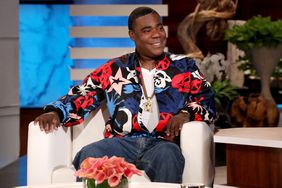 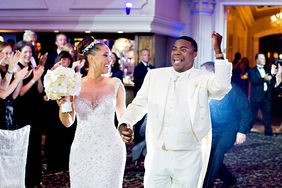 Inside Tracy Morgan and Megan Wollover's Emotional Wedding: 'She Is My Rock,' Says the Star