"Why would I want to be around my family right now?" says Nikki Bella in a sneak peek

Nikki Bella isn't feeling the love from her family.

In a sneak peek at Thursday's episode of Total Bellas, Nikki and Artem Chigvintsev decide not to attend dinner at her brother JJ Garcia's house amid mounting tensions amongst the family.

Instead, she goes to a restaurant with Chigvintsev for a private date night — much to the surprise of her twin Brie Bella, who calls looking for her sister.

"Hey, where are you? JJ and Lauren are waiting for you here at the house," Brie says.

Nikki, 36, explains that she doesn't feel comfortable being around the family after her brother accused her of favoring Brie's daughter Birdie over Garcia's two daughters.

"I don't think we're going to make it," says Nikki. "To tell you the truth, I actually don't know who to play with — if I give Birdie attention at their house, I don't know if I'm going to get put in time-out or scolded, so."

But it turns out, Garcia isn't the only person Nikki has a problem with. She's still upset after her mom Kathy Colace said she didn't want Chigvintsev in their family portraits.

"I don't really want to be there, not going to lie," she says. "My mom doesn't want Artem involved in the family photo and wants to make it all awkward. And then my brother wants to judge me and say that I favor Birdie over his daughters, and give me a hard time about not showing up to places."

"Why would I want to be around my family right now?" she adds. 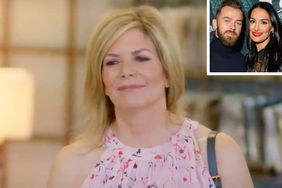 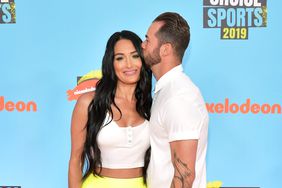 Watch the Moment Nikki Bella Realized She Might Be Pregnant on Total Bellas: It's 'Too Fast' 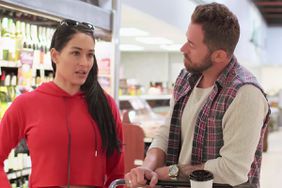