Tori Spelling has addressed rumors that she and husband Dean McDermott are navigating a rough patch in their marriage.

During an appearance on SiriusXM's Jeff Lewis Live, the host asked Spelling, 48, about the "speculation."

"What is really going on?" Lewis pressed. "You put the wedding ring on. Are things okay? Because I feel like the last time you were here things were good, you were having sex. Are you guys sleeping in the same bed?"

"Okay. So that's a no — so he's in the guest room," Lewis attempted to clarify, though Spelling remained coy, responding, "He's in a room."

After Lewis asked if there was any "truth" to the rumors about a potential split, Spelling said several of her kids have been sleeping with her since McDermott was away for a period of time while filming.

"Since he left — this is not good, you guys — but since he left, he was gone for six months filming in another country, they all stayed with me," Spelling said. "So I currently still have four in the bedroom with me who have yet to go back to their rooms."

Spelling and McDermott, who wed in 2006, previously weathered relationship struggles in the public eye when he admitted to cheating on her in 2014. Following the affair, the couple documented their life together on their reality series, True Tori, during which McDermott said of his transgressions: "I feel shame. I've never felt shame before."

Over time, and thanks to intense couples therapy and individual personal healing, "we made the conscious decision based on our love for each other to tough it out and work through it," said the actress.

"It was one of the worst times in our lives, but it was also one of the best times," she added. "I wouldn't change anything because if we hadn't started talking and opened up those lines of communication, maybe we wouldn't be here today." 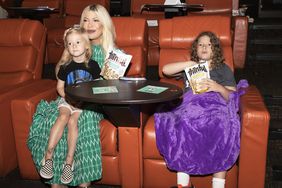 Tori Spelling Attends 'Space Jam: A New Legacy' Screening with Her Kids: 'Such a Fun Movie' 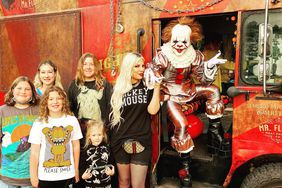