Get the Scoop on Tori Spelling's New Job (Hint: Gary Busey Is Involved)

“Donna Martin has graduated, now she plans parties,” she tells Tutera, 49, noting, “I’ve wanted to work with you for years.”

But it’s not all smooth sailing. Spelling, 42, who is working through ongoing financial issues tells Tutera: “I’m not your normal celebrity,” and admits upfront: “I like to be fluffed. I’m not usually the fluffer.”

Despite plenty of documentation on her past reality shows that Spelling can throw a serious party, Tutera is skeptical.

“The last thing I need is a celebrity who thinks that she’s a party planner,” he says warily.

But it looks like Tutera will need all the reinforcements he can get in season that includes at least one physical altercation and an appearance by Gary Busey, 71, who wants a party that will “be like a carnival from another dimension.” 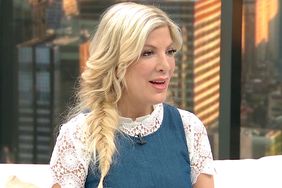