How much better would the movie be if it were about a bridge made of taped-together spies?

The future of Hollywood is certainly bright.

In a visit to the Tonight Show Thursday night, Tom Hanks and host Jimmy Fallon acted out some scenes from Hanks’ upcoming film Bridge of Spies – with a hilarious twist.

“Here’s the catch,” Fallon says. “The scenes are not from the actual movie.”

In fact, the scenes were written by elementary school kids who were given only the title of the movie and no other direction, in the second installment of “Tonight Show Kid Theater.”

The first scene is written by 8-year-old Chris and stars Hanks, 59, as a spy and Fallon, 41, as a regular guy. Fallon’s character isn’t allowed to become a spy and stand on the bridge because, unfortunately, it is “too full of spies already.”

The scene has a shocking twist ending that comes out of nowhere and impresses Hanks so much that he tucks the script into his jacket, saying that it “deserves a second look.”

The second scene is written by Jack, a talented 7-year-old. This time, Fallon plays “Joe,” while Hanks plays Joe’s girlfriend “Margaret.” There’s conflict from the beginning, when Joe continually has trouble telling Margaret – whom he’s been dating for eight years – apart from his brother Tim. Although undoubtedly disheartened by her boyfriend’s lack of observational skills, Margaret soldiers on and shares with Joe that “in China or something,” they are taping spies together to build a bridge.

“They didn’t have enough wood so they are gonna use spies,” she says.

Helen Mirren and Jimmy Fallon are Hilarious on Helium

In the final scene, written by 7-year-old Luke, Hanks and Fallon both play spies, one of whom has forgotten his ever-important binoculars at home. The spies learn to share and, in the process, realize that “maybe friendship is more important than spying.”

After the pair defeats the bad guy, the scene ends on an inspiring note from which we can all learn.

“Let’s go get lunch and talk about our friendship,” Fallon (as Spy #2) says. 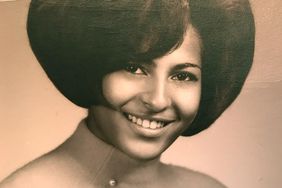