During the US Open’s men’s finals on Sept. 9, supermodel Toni Garrn — Leonardo DiCaprio’s ex — was seen getting super close to TV star Enrique Murciano in the Grey Goose suite, where they watched the game over lobster rolls and Grey Goose cocktails.

“They were really affectionate with each other,” an onlooker tells PEOPLE. “He looked smitten, and so did she. They were adorable together.”

An insider confirms the two are an item.

“They’ve been dating for a few months,” the source says. “She’s nuts for him.”

Murciano, 45, who starred in Bloodline as Marco Diaz, was somewhat unrecognizable with his longer hair and goatee, but an insider says the scruffy new look is for his role on TNT’s dark thriller Tell Me Your Secrets.

German model Garrn, 26, who famously dated DiCaprio between 2013-2014 (and was spotted with him again last November) has also gotten into acting recently. In 2017, she played the role of model Reeva Steenkamp in the Lifetime movie Oscar Pistorius: Blade Runner Killer.

Actors Ansel Elgort, Insecure’s Jay Lewis and Nina Senicar were also in the Grey Goose suite at the men’s finals. 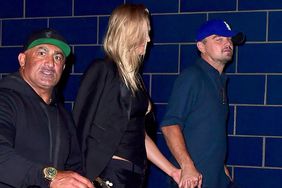 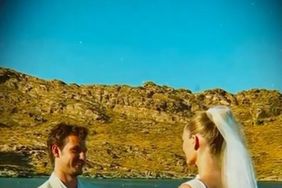 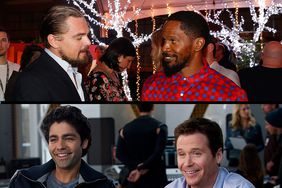