Tom Hanks Hosts 'SNL at Home' After Coronavirus Diagnosis: 'My Wife and I Are Doing Great'

Tom Hanks served as host for the first-ever Saturday Night Live at Home episode, with Coldplay's Chris Martin featured as the musical guest

Tom Hanks returned to the small screen for the first time after he tested positive for the coronavirus in March.

The actor, 63, served as host for the first-ever Saturday Night Live at Home episode, with Coldplay’s Chris Martin featured as the musical guest.

Hanks opened the show with a Tiger King reference, speaking to the camera from his Los Angeles home. “Hey all you cool cats and kittens,” he said. “It’s me, your old pal. Don’t be afraid, this shaved head was just for a movie. My hair is growing back very slowly,” Hanks shared, referencing the Baz Luhrmann-directed film about Elvis Presley he was filming in Australia, where he was self-quarantining.

“Hey, it’s good to be here, though it is also very weird to be here. Hosting Saturday Night Live from home. It is a strange time to try and be funny, but trying to be funny is SNL‘s whole thing. So we thought, what the heck? Let’s give it a shot,” Hanks said.

“But why me as host? Well, for one, I have been the celebrity canary of the coal mine for the coronavirus, and ever since being diagnosed, I have been more like America’s dad than ever before since no one wants to be around me very long and I make people uncomfortable,” he said.

And his monologue was not one without a joke.

“Now I was diagnosed back in March with the coronavirus. I was first diagnosed down in Australia. Now the folks in Australia are fantastic in every way but they use Celsius instead of Fahrenheit when they take your temperature,” he said. “So, when they come in and they say, ‘You’re 36,’ which seemed very bad to me. But turns out 36 is fine, turns out 38 is bad. So basically it’s how Hollywood treats female actors.”

Speaking about his quarantine attire as of late, Hanks said he had some help from his wife Rita Wilson. “But now my wife and I are doing fine, doing great. We’re hunkered down, like all of us should be. In fact, this suit, this is the first time I’ve worn anything other than sweatpants since March 11. My wife had to help me put it on,” he said.

NBC, which aired its last original SNL episode on March 7, with host Daniel Craig and musical guest The Weeknd, announced earlier in the week that the series would return with a new episode “produced remotely as SNL practices social distancing.”

“Now this Saturday Night Live is going to be a little different. For one thing, it has been filmed entirely by the SNL cast who are currently quarantined in their homes,” Hanks said in his monologue, adding, “Also there’s no such things as Saturdays anymore.”

“Now is it going to look a little different than what you’re used to? Yes. Will it be weird to see sketches without big sets and costumes? Sure. But will it make you laugh? Eh, it’s SNL. There’ll be some good stuff, maybe one or two stinkers, you know the drill,” Hanks added. “But let’s go. Stay safe, we are in this for the duration and we are in this together. And we will get through this together.”

Wrapping up his opener, the star thanked frontline healthcare professionals, grocery store stockers and restaurant employees, as well as “the men and women who are keeping this country going at the time when we need them more than ever before.”

Also in the episode, Larry David made a cameo as Bernie Sanders, who recently suspended his presidential campaign, and Alec Baldwin made a cameo as President Donald Trump with a recorded message. 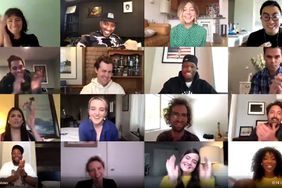 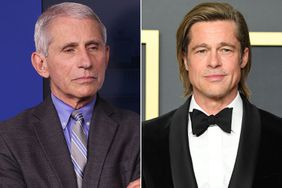 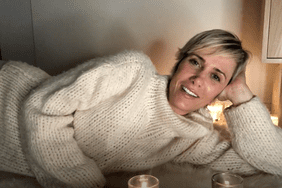 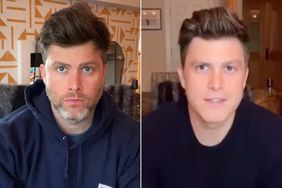 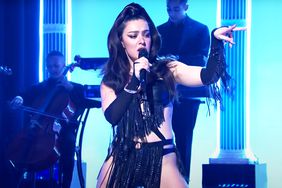 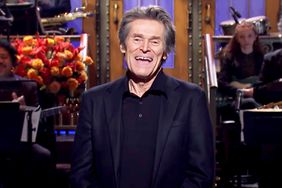 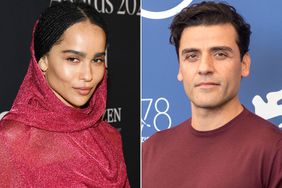 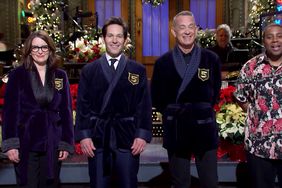