Per documents obtained by PEOPLE, the total liabilities for the once-famed powerhouse attorney's law firm Girardi Keese come in at over $101 million — roughly $97 million more than the total assets of all listed property.

The documents state that the trustee handling Girardi Keese's Chapter 7 bankruptcy case has filed to amend the schedule of his assets and liabilities. The trustee reviewed the firm's books and records in preparation, noting that "the debtor's accounting offices were not well maintained" and that "much of what the trustee found upon her appointment was very dated."

A lawyer for Tom's conservator, Robert Girardi, and a representative for Girardi Keese did not immediately respond to PEOPLE's requests for comment.

Through the trustee's findings, total assets in personal property are listed at more than $4.1 million. In addition to listing many banking accounts, the $25 million given to estranged wife Erika Girardi's entertainment company also appeared. The firm's various debts are included as well.

Erika, 50, filed for divorce from Tom, 82, in November 2020 after 21 years of marriage. Shortly after separating, the estranged pair made headlines after Tom was accused of embezzling funds intended for the loved ones of individuals who perished in a plane crash.

Recently, Girardi Keese began auctioning off items from its Los Angeles office to pay off creditors in the bankruptcy case.

Meanwhile, Erika has also addressed the legal issues and the pair's marital problems on The Real Housewives of Beverly Hills.

In last week's episode, Erika opened up about Tom's declining health and how it's impacted him professionally. (Tom has been diagnosed with dementia and late-onset Alzheimer's disease.) He has since been disbarred by California Federal Court.

"I think what has happened to Tom here is that he's not mentally capable, and he's in sole control of his firm. And I think that it got away from him," she said.

"I think that we're dealing with a man who is [at a] diminished capacity in control, and not doing the right thing," she continued. "Because if he stole the money, I'd like to know where it is. You know, that's the truth." 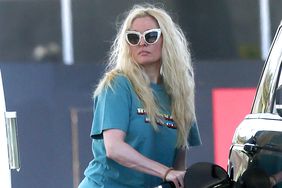