When it comes to his children’s dating life, Todd Chrisley is very involved.

“I couldn’t ask it to be any better. When I’m gone, I don’t have any worries about what he’s doing, who he’s with, and that’s a good thing,” Savannah, 20, told PEOPLE Now on Tuesday about her boyfriend, adding that she’s in “a healthy relationship.”

Though Todd likes her current boyfriend, the reality star also said he was fond of her ex, NBA player Luke Kennard.

“I liked the last one. So, you know,” Todd said, much to his daughter’s irritation.

“The ex is a young guy, NBA, made a lot of money, and he’s doing exactly what NBA players do. It’s absolutely no excuse,” Todd continued, adding that he was not surprised by their breakup in August 2017. “It was not shocking to me. I mean, hell, when you crawl into bed with a snake, don’t bitch when it bites.”

“It was shocking, but at the end of the day, we just don’t give it any life anymore. When I say I’m going to date a man, not a boy, we leave the boys in the background,” Savannah said about her ex, whom she dated for four months.

RELATED VIDEO: Savannah Chrisley Opens Up About Split from Ex-Boyfriend Luke Kennard: ‘I Dodged a Bullet’

Though Todd admitted he likes Kerdiles for now, he had advice for any future suitors that come around.

“Don’t bring him to me, don’t bring him to my table until you know this is not going to be wasting my time,” he told his daughter. “You may have time to waste, I don’t, I’m 50. It needs to be someone you’ve been seeing for a minute.”

Savannah added, “My thing is that’s going to be the first thing I’m going to do, is bring him to meet my parents, because if you don’t get along, at least you know right off the bat this is not going to work.”

Season 6 of Chrisley Knows Best premieres on Tuesday at 10 p.m. ET on USA. 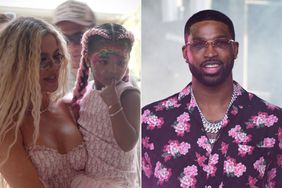