"I think the secret sauce why this show has lasted 70 years is its good company," Hoda Kotb said

During the morning broadcast, anchors Al Roker, Savannah Guthrie, Hoda Kotb, Craig Melvin and Carson Daly reflected on the iconic legacy of the series with a rich montage reflecting on the last seven decades that the show has been on the air.

Looking back on times of tragedy and triumph in the world through the years, the footage featured clips of anchors past and present, as well as other milestone moments from the series' run.

"I think the secret sauce why this show has lasted 70 years is its good company," Kotb, 57, explained as Melvin, 42, added, "There's no place this show hasn't gone."

The first episode of Today aired on Jan. 14, 1952. At the time, David Cunningham Garroway was the news show's leading anchor. He eventually worked alongside Barbara Walters, who he hired as a writer for the show.

Other notable anchors in the show's history include Katie Couric, Hugh Downs and Tom Brokaw, among many others.

On Thursday, Roker, 67, Kotb and Daly, 48, spoke with PEOPLE (the TV Show!)'s Jeremy Parsons ahead of the anniversary. Speaking about the highlights of traveling and filming on locations, Roker said, "What I love about those times, where we take trips as a show, is that we get to spend time with each other. During the show, there's the hustle and bustle, you're running around. But boy, when we're together for a prolonged period of time, that's when you realize we're so blessed."

Meanwhile, Kotb reflected on the day she was named a co-anchor in 2018.

"I think it's one of those things that it was almost too big to dream about to, to really have it registered, that it was even a possibility," she said. "I don't say anything out loud unless it's all done, and I think to hear it was really, really meaningful. And to also be the first female team with Savannah was such a huge deal, which was in that moment we knew it was a big deal, but we didn't realize."

Kotb added, "One time a mom and her little daughter came up and they said, 'We just wanna tell you something, from now on my daughter's gonna know that watching two women anchor a show is completely normal. You just made that regular.' I felt like that was such a big moment."

Daly, who joined the show in 2013, said "it's never lost on me to walk into that [show]. They say, if you love what you do, you've never worked a day in your life. And that saying's never been more true for me having to get to go to the Today show every day." 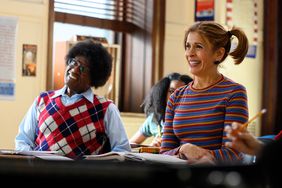 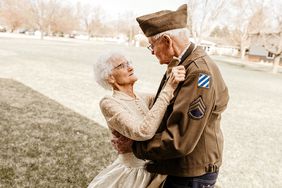