In a somber segment Wednesday, Guthrie called the new details of the complaint that ultimately led to Lauer’s 2017 firing “shocking and appalling.”

“I feel like we owe it to our viewers to pause for a moment,” Guthrie said. “This is shocking and appalling. I honestly don’t even know what to say about it. I want to say, I know it wasn’t easy for our colleague Brooke to come forward then, it’s not easy now and we support her and any women who have come forward with claims. And it’s just very painful for all of us at NBC and who are at the Today show. It’s very, very, very difficult.”

Becoming noticeably emotional, Guthrie and Kotb said they were still working to process the difficult situation.

“I’m looking at you and having a weird moment: we were sitting here just like this two years ago,” Kotb told Guthrie. “Truth be told, Savannah and I did a little prayer upstairs before just to sort of sort out what we were going to do. I think you feel like you’ve known someone for 12 years. I don’t know if you guys have ever felt like that. You know someone, you feel like you know them inside and out and then all of a sudden, a door opens up and it’s a part of them you didn’t know.”

Kotb continued: “We don’t know all the facts on all of this, but there are not allegations of an affair, there are allegations of a crime. I think that’s shocking to all of us here who have sat with Matt for many, many years. So I think we’re going to just sort of continue to process this part of this horrific story and as you said, our thoughts are with Brooke. It’s not easy what she did, to come forward. It’s not easy at all.”

“We are disturbed to our core,” added Guthrie.

The allegations are detailed in Ronan Farrow’s new book Catch and Kill: Lies, Spies, and a Conspiracy to Protect Predators, which features an interview with Lauer’s victim, former NBC News employee, whose complaint about Lauer led to his firing in November 2017.

(At the time, her identity was kept anonymous at her request; this is the first time the full details of her allegations have been made public.)

In the book, obtained by Variety, Nevils claims Lauer anally raped her in his hotel room while working at the 2014 Sochi Olympics.

Nevils reportedly claims the encounter was painful and that she “bled for days.”

At Vieira’s urging, Nevils reported her ordeal to NBC executives in the fall of 2017, in the wake of the Harvey Weinstein scandal, Variety reports. Lauer was fired, Nevils went on medical leave in 2018 and was eventually paid, Farrow wrote, according to Variety, “seven figures.”

Lauer, 61, was fired by NBC News in November 2017 after the network received a “detailed complaint from a colleague about inappropriate sexual behavior,” with reason to believe “this may not have been an isolated incident.”

After he was fired, Variety released a report in which three additional anonymous women accused the former newsman of sexual harassment.

Lauer, who joined NBC in 1992 as a newsreader on Today and had been co-anchor of the morning show since January 1997, broke his silence on the allegations in a statement read by his former co-hosts on-air after his firing.

He addressed his past relationships with colleagues in a second statement to the Washington Post in April 2018.

“I have made no public comments on the many false stories from anonymous or biased sources that have been reported about me over these past several months — including a claim that I would, or even could, lock someone in my office,” he continued. “I remained silent in an attempt to protect my family from further embarrassment and to restore a small degree of the privacy they have lost. But defending my family now requires me to speak up. I fully acknowledge that I acted inappropriately as a husband, father and principal at NBC. However, I want to make it perfectly clear that any allegations or reports of coercive, aggressive or abusive actions on my part, at any time, are absolutely false.” 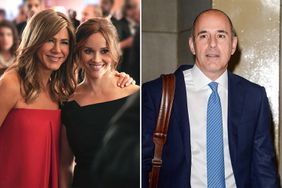 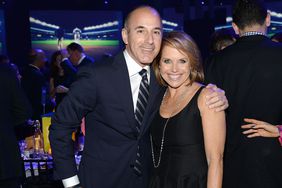