The restaurant's co-owner, Hernan Fernando, says he suffered "a broken hand, a bruised face, pain from being punched in the ribs, and neck and back injuries"

TikTok star Bryce Hall is being sued for his involvement in a physical fight with restaurant staff back in October.

In video footage obtained by TMZ at the time, the 21-year-old and some friends were seen in an altercation with an employee at the Cinco Mexican restaurant in Los Angeles. In the video, two are seen interlocked as they fall to the ground, banging into other tables in the outdoor dining area.

Fernando, a Mexican immigrant, claims that Hall referred to him as slurs, including "wetback," and "the Mexican."

In the complaint, Fernando says employees asked Hall and his friends to stop vaping at their table, and when they refused, staff cut them off and asked them to leave. He claims they then told Hall he could retrieve his credit card outside the establishment to ensure their removal.

Hall then allegedly blew vape smoke into Fernando's face, "posing an unconscionable COVID-19 threat during a worldwide airborne pandemic." Fernando then tried to usher him out, when one of Hall's friends "went berserk," and the pair "began physically attacking and punching Mr. Fernando," according to the documents.

Fernando says he didn't throw punches in the spat, and that Hall at one point "began choking him from behind with his arm around Mr. Fernando's neck" for 30 seconds. The complaint says Fernando's injuries included "a broken hand, a bruised face, pain from being punched in the ribs, and neck and back injuries."

A rep for Hall did not immediately respond to PEOPLE's request for comment.

In a statement obtained by PEOPLE, Fernando's attorney said, "After being violently attacked and racially demeaned in his own business, Bryce Hall went to the press to further insult Hernan Fernando. Hernan sought no attention, but instead cooperated with authorities in the criminal investigation against Mr. Hall – an investigation that we anticipate will result in criminal prosecution. The filing of this civil lawsuit gives Hernan his voice. We're hopeful a jury will see what Mr. Hall didn't: that Hernan is a human being worthy of dignity."

After video of the fight surfaced in October, Hall told PEOPLE his side of the story, claiming at the time that the altercation occurred after he was asked to stop vaping. (It is illegal to vape at restaurants in California.) The social media star said the fight broke out after the staffer went inside to run his credit card.

"I did vape in the outdoor seating area of the restaurant. However, when the manager approached me and requested I leave, I obliged and asked for my card that was being held with my table," Hall said in the previous statement. "I had to ask for it well over 10 times (I still don't have the card back) and he said 'No, get the f--- off the property.' He then grabbed me and tried to pull me out so I threw his hand off and said 'Don't touch me, what're you doing?' and he proceeded to grab me again."

When Hall's friend noticed the situation escalating and jumped in the middle of it, Hall says he attempted to stop the fight himself.

"Then my friend walked in the middle of us to stop the commotion and the two of them started pushing each other. I put my hand in the middle and tried to stop it," he said. "The manager then proceeded to tackle my friend to the ground and that's when I got on top of him and put him in a headlock in an attempt to get him to stop fighting. Then his employees walked over and started kicking me."

Hall continued, "Any other variation of the story is categorically false. I have witnesses that contacted me and offered to come forward if need be. I also have a video that a bystander sent me that will show a lot of what happened."

"The version of the story that is being portrayed is missing a lot of context and isn't who I am," Hall concluded at the time. "It isn't who my mom — a single mother who has only love in her heart — raised me to be. When I was young, my dad abused me and my mom and was removed from the house. From that day forth, I swore that I will never become like my father. This story portrays me to be like my dad and I can't respond with 'no comment' like my PR team wanted me to. This is a matter of moral clarity; not about protecting my name."

In the footage, Hall is seen laughing and walking away after the fight. "You guys are out of here. You guys are rude and disrespectful," one woman can be heard saying in the video. As he leaves the restaurant, Hall says, "My mom hits harder than that." 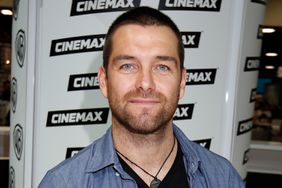 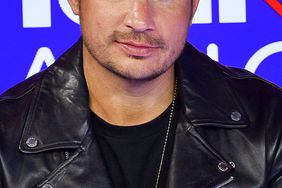