Will Zevin Last? 'This Is Us' ' Melanie Liburd on Kevin's 'Heartbreaking' Struggle with Alcoholism

Kevin's alcoholism has escalated as he deals with the pressures of concealing his relapse from loved ones, especially girlfriend Zoe

Fans are welcomed back to This Is Us with more worries than ever for The Big 3.

With Kate’s 28-week pregnancy at risk and Randall’s work-life balance up in the air, the two siblings are headed into new territory with their significant others. However Kevin (Justin Hartley) is dealing with the same old demons — this time in a fairly new relationship with Zoe (Melanie Liburd).

Audiences previously watched Kevin’s relapse when he went back to the bottle after discovering that his beloved father Jack had lied to him about his uncle Nicky’s existence. In addition, Kevin was also the only family member to make attempts (though unsuccessful) to help his uncle get back on his feet.

In “The Graduates” episode, Kevin’s alcoholism has increasingly gotten worse as he also deals with the pressures of concealing his relapse from his loved ones, especially from Zoe. Though Kate eventually finds the empty bottles of booze in her brother’s hotel room, Kevin has yet to tell his girlfriend about his downward spiral.

“I think it’s a lot on anyone. Kevin obviously has his past with alcoholism and substance abuse,” Liburd, 31, tells PEOPLE. “It’s heartbreaking.”

Liburd adds, “There’s that fragility to Kevin anyway, which he always has to watch and be aware of like any addict, who can relapse at any time. It’s a lot for him to figure out the next part of him. It was a lot for him to sit down with his uncle and talk to him.”

And this is not the first time an overwhelming personal moment has caused Kevin to relapse.

“We all have our faults, we’re all flawed and we all make mistakes, even when we don’t want to. People make mistakes. It’s just life,” Liburd says. “I think everyone hopes Kevin is going to be okay. Fans are so invested in these characters.”

In seasons 1 and 2, Kevin was hiding in hazes of pills and alcohol. “It was a very dark, uncomfortable and unfortunately familiar place to feel,” Hartley previously told PEOPLE about Kevin drinking again in season 3, even calling his character a “hot mess.”

So far in the fast-moving romance, which fans have lovingly shipped as “Zevin,” Zoe and Kevin have chosen to live together. Zoe is finding trust and a safe place in her boyfriend’s arms as she previously opened up to him about the devastating family backstory of being sexually abused by her father.

“She’s moved her whole life for him and she knows it’s the right thing because she loves him,” Liburd says about the intensity of Zoe and Kevin’s relationship.

Will fans and audiences watch Kevin confess his secret to Zoe? Next week, the couple will be in close quarters with Kate’s family and friends as they all gather in the high-stressed hospital waiting room to learn about the fate of her baby boy. 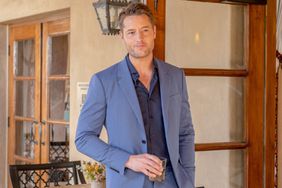