'This Is Us' : Chrissy Metz Calls Kate's Overeating Struggle 'a Challenge I Understand Personally'

"Everybody, to some degree, fills a void with something, whether it's social media, alcohol, drugs, overspending, overeating," Chrissy Metz tells PEOPLE

This Is Us‘ fan-favorite couple Kate and Toby are handling their son’s blindness in different ways, with one slipping into old habits and the other finding a healthy outlet.

In Tuesday’s episode, titled “Unhinged,” Kate realizes her post-baby stresses have led her to overeat, resulting in a 10 lb. increase and lack of exercise, after husband Toby comes clean about his secret Crossfit workouts and weight loss.

Many fans have found Kate’s season 4 storyline thus far to be relatable, and Chrissy Metz, herself tells PEOPLE she used her real-life experiences to portray her character’s struggles.

“It’s one of those things that of course I can relate to because I have those voids with validation from other people or with food or whatever I think is going to make me feel better,” Metz says. “Everybody, to some degree, fills a void with something, whether it’s social media, alcohol, drugs, overspending, overeating. We’re either chasing a feeling or trying to get rid of a feeling.”

The actress adds, “But in the long run it never does. It’s just a Bandaid on a really big wound that you have to get to the bottom of, because we don’t like to be uncomfortable as humans. It feels awful, and that’s sort of what she’s doing with her overeating.”

As seen in “Unhinged,” Kate has struggled to embrace her curves since childhood as she attempted to shed weight by taking part in at-home aerobics with mom Rebecca. And in the present day, Kate jokingly makes light of her weight during a business lunch meeting with Toby’s prospective clients when she requests a different table because she can’t fit in the restaurant’s booth.

“Of course, [overeating] was her first way of coping with her father’s death and with all the pain. Feeling like the outcast and even issues from her first love and her childhood, all of that,” Metz says of Kate. “[Overeating] is suddenly something that she goes back to because it’s easy and food is something you have to do three times a day at least, you know?”

Reflecting on her personal life, Metz shares: “That’s a real big challenge, and of course, I get that and I understand that personally. Of course, I bring that [into playing Kate]. I think every actor brings something personal to a role.”

Though she breaks down in tears, Kate finds a workout partner in neighbor Gregory (guest star Timothy Omundson) — whose character mirrors his real-life struggles and recovery after a major stroke — as she accompanies him on his daily walk around the block with baby Jack and dog Audio.

And Metz is proud of Kate’s journey thus far and how the new mom is learning to “walk through the hard stuff,” both literally and figuratively.

“Overall she’s learning to come to terms with her past and that it’s still in the back of her mind and it’s going to haunt her. It’s really a daily challenge to not hold on to the pain or the guilt or resentment, but just about, keep walking through the hard stuff and keep showing up, because I think that’s the hardest part,” she says. “If you’re any human being on this planet, it’s like there are going to be highs and lows and there are going to be challenges, but it’s, do we pick ourselves up by the bootstraps after we felt the pain and after we’ve gone through the anguish and the uncertainty, and do we just keep moving?”

Metz adds, “I think that she doesn’t do it perfectly, but she keeps going, and that to me is the biggest hurdle and the biggest thing that she’s done, as she continues to do because it’s not easy. That’s what we’re all trying to do. She might go through it in a very emotional way and uncertain way, but she definitely keeps moving, and that’s, I think, the biggest in her evolution. Instead of being stagnant and feeling sorry for herself, she’s like, ‘Okay, I’m going to feel this pain. I’m going to go through it, make the next best decision, and keep going.’ ”

But Kate’s post-baby struggles will continue as she navigates uncharted territory as a first-time parent.

“I think it’s inevitable to not have a resentment as a human being when someone is doing something you wish you were doing, or that you wish you could make time for, or you feel like you’re being left in the dust, and your partner is obviously doing a great job,” she shares. “With Kate, it’s difficult because there are so many layers to Jack being seeing impaired, and her not taking care of herself, but learning how to put the oxygen mask on herself.” 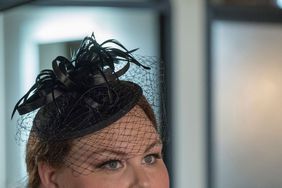 Chrissy Metz on Telling 'Really Beautiful, Relatable Stories' of IVF and Miscarriage on' This Is Us' 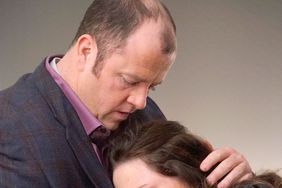 'This Is Us' Star Chrissy Metz on Kate's Miscarriage: It's Not Something People Talk About 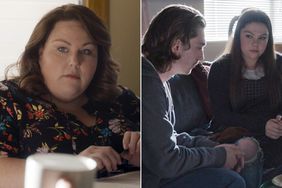 This Is Us: Chrissy Metz & Hannah Zeile Discuss Kate's Abortion — Plus What to Expect in Season 5 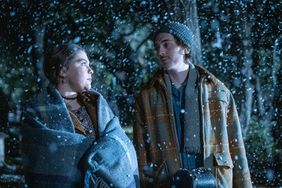 'This Is Us' : How Kate's 'Abusive' Relationship with Marc Later Affects Her Marriage with Toby