Chrissy Metz's new boyfriend is no longer a mystery man

Chrissy Metz‘s new boyfriend is no longer a mystery man!

The actress is dating composer Hal Rosenfeld, PEOPLE has confirmed. The new couple was spotted at W Hollywood’s The Living Room for Jazz Night on Sunday.

The couple was joined by Metz’s friend and fellow actress Francia Raisa. The group sat in the front row and enjoyed a few drinks and some food while watching the show.

And while Metz, 38, and Rosenfeld, 25, were only recently confirmed as a couple, the two haven’t been hiding their relationship. Rosenfeld was on hand to help Metz celebrate her 38th birthday in Palm Springs last month.

In one Instagram photo, Metz cuddled up to her new man during the festive getaway.

“Reminiscing about one special birthday weekend with a few special people at such a special place,” she captioned the photo.

Metz hinted at her relationship with Rosenfeld last month, telling Access Live she was dating someone new.

“I’m socializing with a single person,” she said coyly.

Chrissy Metz Reveals She’s Dating Someone New: ‘You’ve Got to Kiss a Lot of Frogs’

But Metz admitted that she didn’t find her new man overnight.

“You’ve got to kiss a lot of frogs to find that prince,” she joked.

The This Is Us star was last linked to cameraman Josh Stancil after meeting on the set of the hit NBC drama, but the two called it quits in March.

She was also briefly married to screenwriter Martyn Eaden. (They split in 2013.)

Her TV alter ego got married on the season 2 finale of This Is Us, and Metz previously told PEOPLE she isn’t ruling out another wedding of her own one day. 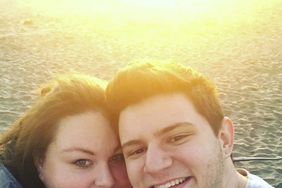 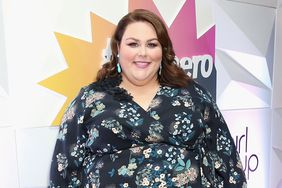 Chrissy Metz Reveals She's Dating Someone New: 'You've Got to Kiss a Lot of Frogs'