Michelle Collins is parting ways with The View one year after signing on as a series regular.

In an email sent to the ABC talk show’s staff obtained by Entertainment Weekly, executive producer Candi Carter announced Thursday evening that Collins would not be returning to the show.

“I have some bittersweet news to share – Michelle Collins is leaving the show,” Carter wrote. “A gracious presence on stage and off, she asked smart questions, made us laugh and will always be part of The View family. We wish her great success with some exciting new projects ahead.”

“Please join me in thanking Michelle for her hard work, great humor and many contributions this season to The View,” she continued, noting that Collins would be in the office next week to say goodbye in person.

Collins shared a statement about her departure on Instagram Friday afternoon.

“Yes, I’m officially the newest member of the ‘One Seasoner’ club, the latest graduate of talk show boot camp, ending what has been, simply put, the most surreal and fabulous year of my life,” she wrote. “I want to say a big thanks to EVERYONE at the show They’re an incredibly hard-working group of talented people. Special thanks to Whoopi [Goldberg] for always having my back and, you know, being an icon.”

A show insider tells PEOPLE “the parting was amicable,” though Collins won’t be appearing on The View again.

During Collins’ tenure, she and her cohosts earned an Emmy nomination for outstanding talk show hosts. 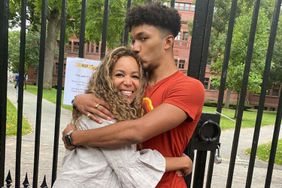