The pair were college sweethearts

The Talk co-host Aisha Tyler and her husband Jeff Tietjens are divorcing after more than 20 years of marriage.

The pair were college sweethearts and wed in 1994. Tyler opened up on The Talk in 2011 about their struggles to conceive.

“The hardest part is I really love my husband – he’s such a good person and he would be such a great father,” Tyler, 45, said on the show. But we just decided it wasn’t worth it to go through that and so we decided to stop. It was better to not go through that torture.”

Back in 2001, Tyler told PEOPLE about the couple’s early financial struggles as she got into the entertainment business while he attended law school: 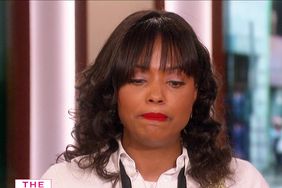 Aisha Tyler Breaks Down Over Her Divorce on 'The Talk' : I Don't 'See This Relationship as a Failure'