Life coach Dr. Anita Phillips will also make an appearance to "share her expertise on how to heal after a painful event or conversation."

"The Talk returns with a discussion about race and healing; expert on diversity, equity, inclusion and justice Dr. Donald E. Grant will offer advice on how to have these difficult conversations; nationally acclaimed trauma therapist and life coach Dr. Anita Phillips will share her expertise on how to heal after a painful event or conversation," the schedule for the show reads, according to The Wrap.

Sharon Osbourne Exits The Talk amid Controversy, CBS Says Her Behavior Didn't 'Align with Our Values'

It was announced last month that Osbourne, 68, would be leaving her post at The Talk after she had a heated exchange with Underwood, 57, on air.

During the March 10 broadcast, Osbourne defended her friend Piers Morgan following the backlash he faced for making controversial remarks about Meghan Markle's interview with Oprah Winfrey.

When Underwood pushed back against Osbourne, their conversation quickly turned emotional, with Osbourne telling Underwood to "educate" her and warning her not to cry during the episode. Osbourne later apologized for her "panicked" defense of Morgan.

The incident led to the daytime talk show going on an extended hiatus as CBS launched an investigation into the matter. Ultimately, CBS revealed on March 26 that Osbourne was stepping away from the show.

For more on the drama between Sheryl Underwood and Sharon Osbourne, listen below to the episode of PEOPLE Every Day.

Since her controversial conversation with Underwood, Osbourne has also been accused of a number of additional instances of racism, homophobia and bullying on the set of The Talk, all of which she has denied.

Osbourne called the claims "crap, all crap," in an interview first given to Daily Mail, but repeated the racist language. (PEOPLE confirmed the veracity of the quotes, as reported by the Daily Mail, and Osbourne shared a similar statement.)

The week prior, Holly Robinson Peete, who exited The Talk in 2011 following its first season, claimed Osbourne had complained she was "too 'ghetto,'" which she said played a role in her departure. 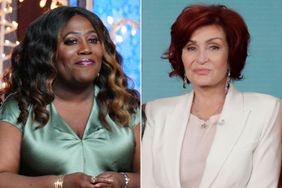 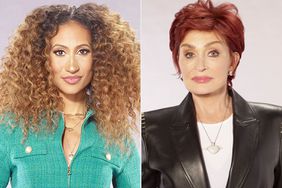 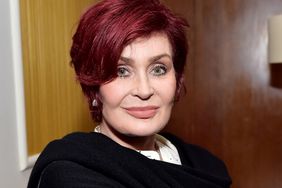 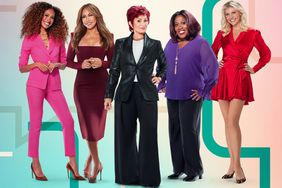