Turns out, it was someone who happened to visit the set of the show in real-life

The secret is out, The Office fans!

Nearly 13 years after Jan Levinson (played by Melora Hardin) dropped a bombshell on Michael Scott (played by Steve Carrell) by telling him that she was pregnant with a baby she conceived from a sperm donor while they were still together, we finally have some answers.

In fact, that detail was in the original shooting draft of the script, the show's stars said. But it didn't make the final cut — or the deleted scenes.

"Jan looks to Michael like she's expecting him to be very impressed. And Michael says, 'The tennis player?' " Kinsey says, describing the original scene. "And Jan says, 'Well, it's a little more than that. He's the sixth-ranked player in the world and he's won four grand slams.' "

She continued, "And Michael says, 'That's a lot of grand slams, I guess.' And Jan says, 'And he's a humanitarian — something with orphans.' And Michael is quiet and Jan goes, 'Michael?' And Michael says, 'Can I just sit here for a minute without more things coming into my head?' "

Fischer explained that Roddick was a close friend of actor Rainn Wilson, who played Dwight Schrute on the sitcom. She said that Roddick would often visit set.

"I have to imagine that the reason they wrote it as being Andy Roddick's sperm was a little bit of a nod to Andy, who has an amazing sense of humor," Fischer said. "I am so sad for his sake that this did not stay in the episode."

During the podcast, Fischer and Kinsey also broke down dozens of other scenes from the episode where Jan's pregnancy is revealed, which was the season 4 finale titled "Goodbye Toby."

Fans already have the opportunity to get more behind-the-scenes content related to seasons 1 and 3. Last month, "Superfan Episodes" of the show's first season began streaming on Peacock.

The newly released episodes will include never-before-seen and deleted scenes, bloopers, featurettes and interviews.

The streaming service previously released Superfan Episodes for all of season 3, which means there are now 30 episodes of the show that are filled with extra content to enjoy. 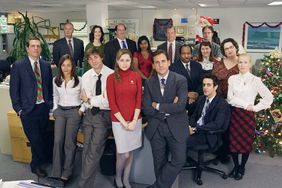 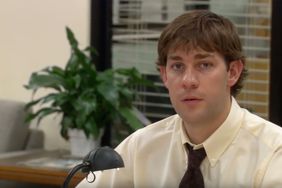 Hilarious The Office Cold Open Was a Total Accident: 'We Were All Completely Shocked' 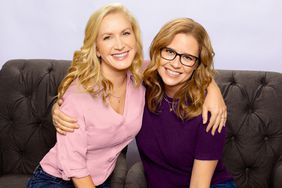 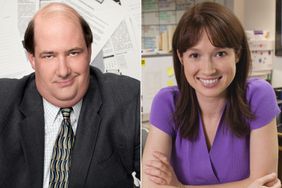 The Office's Brian Baumgartner Wanted Kevin & Erin to Be a Couple: 'Their Energies Matched' 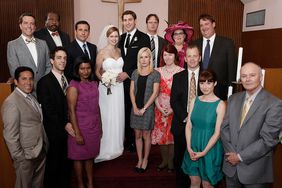 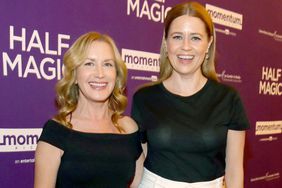