The Hills crew was back for not one, but two, drama-packed episodes, kicking off the fifth and final season for Lauren Conrad.

Party Foul: Audrina didn’t invite Justin Bobby to Lauren’s surprise birthday bash because she wanted to avoid drama. That’s also why she didn’t invite Heidi. But Stephanie, instigator that she is, asked Heidi to be her date to the event. Heidi lied to Spencer about her plans even when he asked pointblank if “the queen b—- LC was rolling with them?” At the party, it was immediately obvious that LC did not appreciate the sequined stowaway. She-Pratt did damage control, saying that Heidi forced her to bring her and tried to blame Lo Bosworth when LC questioned who was stupid enough to invite her enemy. Lo told Heidi that LC was uncomfortable with her being there and suggested she “cut her losses and move on.”

Fight Night: Spencer went out with his pal Charlie and flirted with Stacie the bartender at The Dime. Steph’s ex Cameron witnessed the naughty repartee and texted Steph, who warned Heidi. She called Spencer, he denied it and then Spencer called Cam out for tattling. It escalated and before long, Spencer started swinging and left Cam with a bloody chin. Watch a clip.

It’s My Party: Back at the party, LC found Heidi to get the dirt. She rationalized that fighting is what boys do and comforted a shaking Heidi until they were both crying about their issues again. Heidi apologized for causing drama at her event. LC replied, “You were my best friend but you started dating this person who did really mean things to me. I don’t like him but I still love you. I can’t be a half-friend to you.” Heidi whined, “My favorite stories and memories are with you.”

Quick questions: Who makes the lipstick LC was wearing? It stayed put through drinking, swearing and bawling!

Spencer Brat: Why take responsibility for your bad actions when you can blame your sister? Once again, he showed up at Steph’s apartment questioning her family loyalty, swearing to stop calling her his sister and demanding that she stop talking to Heidi. Steph did a slightly better job of sticking up for herself and suggested that he should get other friends in case Speidi was over.

Scene of the Crime: Heidi asked Stacie what happened with her and Spencer. Stacie told her about Spence trying to get her to dance on the bar naked. She then advised, “I couldn’t take the lying, the flirting with other girls and having to look stupid in front of friends.” Heidi confronted her fiance but he avoided eye contact, diverted blame, played dumb, repeatedly denied and made sure to get the last word. Spence sought advice from ex-friend Brody who towed the proud bachelor line, saying that he’d be mad at Heidi for believing Cam over him. Spencer later returned to The Dime and Stacie said Heidi was nuts and toasted to “no crazy girlfriends.”

Rocky Mountain Sighs: Heidi retreated to Colorado to clear her head and seek advice from her mom, who wisely pointed out that Spencer was “the common thread” in all her troubles and tried to play matchmaker with Heidi’s first love Colby. Although Heidi didn’t run back to her ex, she did admit that it was a good thing they didn’t get hitched.

Back in Hollywood: LC had it out with Steph about bringing Heidi, but Steph stuck to her story that Heidi invited herself. When that strategy didn’t work, she switched gears wondering why she just couldn’t get along with her. LC (finally!) stopped brushing over it. “I think it was inappropriate for her to be there and if you were really my friend you would have been like, ‘Hey don’t go.’ You have to stop pushing her on me. It’s not fair.” She also leaned on Brody for counsel and they commiserated about having to be there for their frenemies. She concluded, “Did I miss the step where we became best friends again? The two that they burned are the only two they have to call.” — Carrie Bell

Tell us: Are you glad The Hills is back? Should Lauren forgive Heidi? Should she still be friends with Stephanie? What should Heidi do about Stacie and Spencer?

The Hills Recap: Steph to Get the Ax — From LC 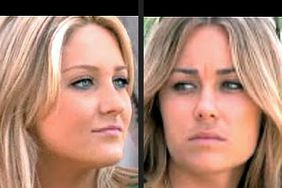 'The Hills' Recap: LC & Steph Have It Out Over Doug 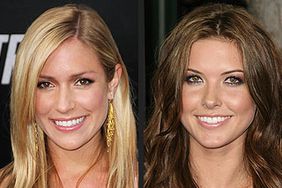 'The Hills' : The 5 Cattiest Moments