'The Hills'' Audrina Patridge Opens Up About Her Painful Divorce: 'My Life Was a Mess'

"My life was a mess when the opportunity to do the show again came back," Audrina Patridge tells PEOPLE

In the nine years since The Hills went off the air, original cast member Audrina Patridge says she’s changed — a lot.

“My life is so different now,” Patridge, 34, tells PEOPLE. Back then, “I was still young and learning and experiencing life. I’m an adult now. And I’m definitely wiser.”

That wisdom comes in part from navigating a contentious split from ex-husband Corey Bohan, with whom she shares 3-year-old daughter Kirra. Patridge filed for divorce 10 months after their 2016 nuptials, following an alleged violent outburst by Bohan, 37.

“I needed to close a door so I could keep moving forward in my life and not look back,” says Patridge of staying strong throughout the drama. When the divorce was finalized, “it took a lot of weight off of my shoulders.”

The Hills Are Alive! Everything You Need to Know About the New Reboot

Still, she admits there were struggles. “Divorce is like mourning a death,” she says. “You’re ending a chapter in your life. And when you have a child in the mix, it makes things harder. Then, to add in publicity and people judging you … makes it a million times worse.”

But Patridge says she received love and support from her fellow Hills castmates, including Whitney Port, Spencer and Heidi Pratt and Patridge’s ex Justin “Bobby” Brescia.

“My life was a mess when the opportunity to do the show again came back,” says Patridge. “I was going through a divorce and I was moving. There were times when I broke down on camera because I couldn’t hold it together. But my Hills family was so supportive and loving. They were there for me.”

Now, Patridge says she hopes for positivity with Bohan (“I pray we can eventually be friends and not have animosity between us”), but in the meantime, she’s focused on the joy in life.

The Stars of The Hills: Where Are They Now?

“Being a mother gives you purpose,” says Patridge. “Kirra is my everything. So [being back on The Hills] is a new chapter for me. I have a daughter to protect.” 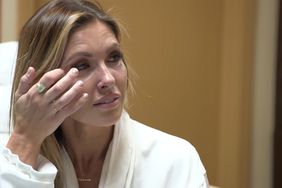