'The Good Wife' Recap: Let's All Drool Over Taye Diggs

Plus: Cary Agos is a free(ish) man

Sunday night marked many firsts on The Good Wife: the start of Taye Diggs‘s guest arc; the introduction of Gunter, a hairy gentleman prone to bathing in the Florrick, Agos restroom; and the long-anticipated acting debut of Valerie Jarrett, President Barack Obama‘s senior advisor.

But most notably, The Good Wife somehow staged the most suspenseful bail hearing in TV and movie history. (Take that, Hitchcock!) The episode was also jam-packed with great dialogue.

Let’s run through the best lines:

"It’s the first time we’ve done this, isn’t it?"
Newly free Cary Agos (Matt Czuchry) utters this line as he hugs Alicia (Julianna Margulies). Alicia basically quashes a case against ChumHum’s Deena Lampard, who is accused of colluding with tech CEOs to suppress the wages of employees. The firm decides to use the commission from the case to pay Cary’s bail and spring him from jail. Bad news: We will no longer see Cary Agos strip-searched. Good news: We already have one Orange Is the New Black. We don’t need another.

"That is not a law firm; it’s a frat house."
Just when you think this show is stuffed to capacity with acting talent, we get the excellent Diggs, who plays Dean Levine-Wilkins, an expat from the NYC offices. A protégé of Diane’s, Dean decides to join her and defect from Lockhart/Gardner (along with six other attorneys). Promising plot, but there was a missed opportunity: Diggs could have reprised his role as attorney Jackson Duper from Ally McBeal in the first ever cross-network, cross-decade crossover.

The 4 Biggest Shockers from The Good Wife Premiere

"We are a good firm. We’re like a funky coffee house with all the great used couches. And we make the best coffee."
That’s Robyn (Jess Weixler) explaining away the heavy-duty construction in the Florrick, Agos offices – and the half-naked man using the restroom.

"I am not running. I have no interest in running. There is no wrong I want corrected. There is no mountain I want to climb. So stop getting people to call me and come to me with money!"
Eli (Alan Cumming) has thankfully moved on from last week’s panties fixation. Now – without undergarments to distract him – he is spending all of his time trying to cajole Alicia into running for state’s attorney. He enlists the help of Jarrett (played by the real life Jarrett) and then commissions another poll to test her viability. He stuffs the poll full of nasty questions so Alicia would think it’s the work of an opponent. Doesn’t matter: Turns out everyone in Chicago loves the idea of Alicia running for office – that is, everyone except Alicia.

"Goodbye."
Diane (Christine Baranski), clutching a photo of herself and Hillary Clinton, whispers farewell as she leaves Lockhart/Gardner for the last time. Or should we say “last time???” 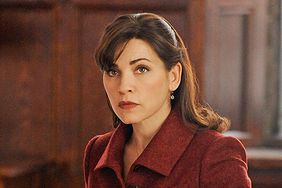 The 4 Biggest Shockers from 'The Good Wife' Premiere 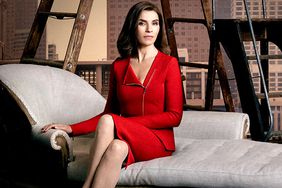 'Good' Women: Saying Goodbye to the Fierce Females of 'The Good Wife' 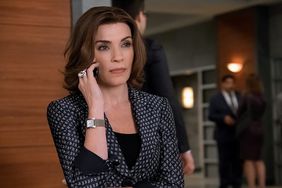 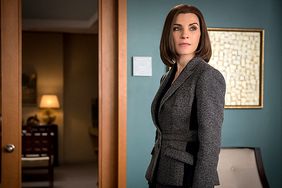 'The Good Wife' Announces Its Final Season During Super Bowl

Taye Diggs: Being a Good Father Starts with Showing Up 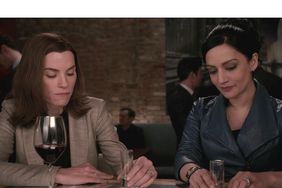 Goodbye to 'The Good Wife' : Look Back at the Show's 12 Best Guest Stars 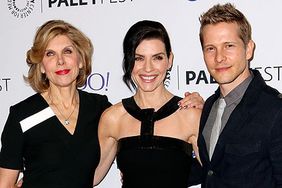 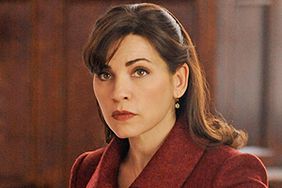 'The Good Wife' Bombshell: Creators Explain Why It Had to Happen 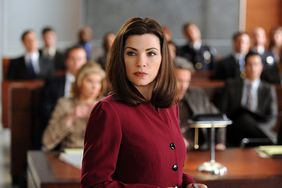 The PEOPLE Review: Goodbye to Julianna Margulies' 'The Good Wife' 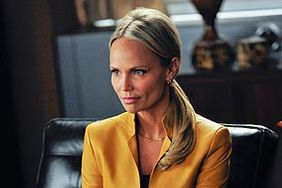 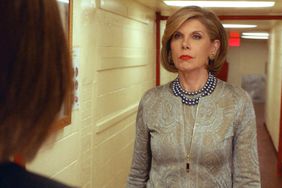