'Exorcism: Live!' Creator on Cleansing House That Inspired 'The Exorcist' : 'It Is Not a Hoax'

"It is not a hoax. This is a real story that happened and we are telling it," creator Jodi Tovay says

This Halloween Eve, one network will try to give viewers a real scare with the first-ever exorcism televised and streamed in real time.

Destination America’s Exorcism: Live! will show psychic medium Chip Coffey, Bishop James Long and the reality stars of Ghost Asylum trying to cleanse the Missouri home where the child whose story inspired the 1971 The Exorcist novel and 1973 film lived while allegedly possessed in the ’40s.

In 1991, 20/20 aired the first televised exorcism, showing a Catholic priest supposedly dispel a demon from a 16-year-old Florida girl named Gina, and 29 million people tuned in. But Destination America’s TV event is the first live one in history.

PEOPLE has the exclusive first look the special and got the inside scoop from creator Jodi Tovay, senior manager of development and production at Discovery Communications. Read on to learn how she was inspired by her own supernatural encounter – and what terrified Coffey the first time he entered the home.

How did you come up with the idea for Exorcism Live? Was it a tough pitch given the topic and format?
The real-life Exorcist story is the most fascinating mystery in supernatural American history, and Destination America has the privilege of sharing it with the world! For me, I actually witnessed an exorcism when I was 15 years old. My church went to Mexico for a mission trip and one of our church chaperones became possessed during a prayer service. It was terrifying to watch a kind, humble person lose control of themselves and becomes something totally other. The experience has stayed with me my entire life. And now here we are, the 66th anniversary of the real-life exorcism, on which the book and film are based. We pitched this idea to our group president, Henry Schleiff, and he has been a supporter since day one. It was his suggestion we do the exorcism of the house LIVE since it had never been done before on television.

What are the risks involved?
This is the most dangerous night in television. When you’re dealing with the spirit world, there are actual physical risks involved. The effects of possession manifest in bodily illness, so will have EMTs and medical professionals on standby. And we have the best paranormal experts assembled: religious experts, historians, mediums and our paranormal investigation team from Ghost Asylum. They will be covering every corner of the Exorcist house, and viewers can see this in the show as well as DestinationAmerica.com, where there will be separate cameras set up as companion viewing to the live special.

Do you believe in ghosts and possession?
I am 100 percent hopeful there is something waiting for us on the other side. There is so much unexplained in this universe that we still do not know about. I have gone on a lot of ghost hunts and have never seen a ghost myself, but I have seen undeniable evidence that there is something else with us. I think a lot of people feel the same way. We are rational and observant, but there is one personal story we just can’t explain. That’s what makes our show personal.

We heard the psychic Chip Coffey was scared during the walkthrough of the house – what did he say?
This was Chip’s first time in the house and he believes there is a real negative energy that still lives there. The takeaway from his conversation with the spirits? “They know we are coming. Get ready.”

Why is the house such a hotbed of paranormal activity?
It all started with Roland Doe, the real-life Exorcist boy that all of this happened to. Our theory is that after Roland was exorcised, all the demonic activity went into the house in St. Louis and has remained there ever since. Other parts of St. Louis are haunted too. … At one point Roland was taken to the local St. Louis hospital and was exorcised there as well. here were lots of outrageous stories from the hospital employees who worked there at the time, and when they tried to tear down the wing that Roland was in, the wrecking ball went out of control and hit another building!

What do you hope the cameras capture Oct. 30?
We are at the Exorcist house to cleanse it once and for all.

What do you say to people who are doubters or would think it’s a hoax?
It is not a hoax. This is a real story that happened and we are telling it. We want you to watch our show and prove us wrong. I dare you not to be scared. 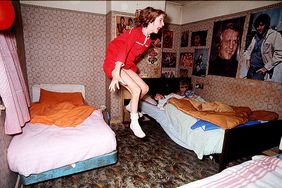 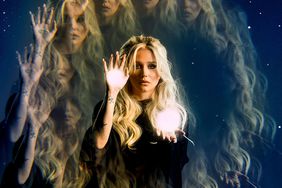 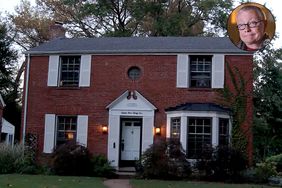 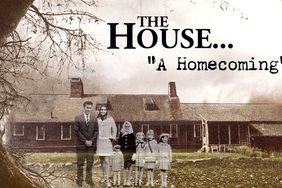 WATCH: 'The Conjuring' 's Perron Family Returns to the Real House for a Live Halloween Event 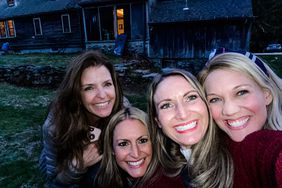