It's the end of an era for The Ellen DeGeneres Show.

Beginning Sept. 13, host Ellen DeGeneres will kick off the 19th and final season of her namesake talk show.

In PEOPLE's exclusive first look at the upcoming season, the clip provides a glimpse at many highlights featured on DeGeneres' series over the years.

Celebrity guests including George Clooney, Justin Timberlake and Michelle Obama appear as the video looks back on the 4,000 guests who have stopped by the show. The clip then reflects on the "almost half a billion [dollars] given away" to worthy fans and the "countless lives changed" by the series.

At the end of it all, there's still "one thankful host" who has been with viewers throughout the nearly two decades-long journey. "You've changed my life," DeGeneres, 63, says.

DeGeneres announced in May that she will be ending her long-running talk show in 2022. She told The Hollywood Reporter that the shakeup, which comes after allegations of a toxic work environment on the series' set, is due to her needing "something new to challenge" her.

"So, we [settled] on three more years, and I knew that would be my last. That's been the plan all along," she added.

DeGeneres further addressed the decision during a discussion with Oprah Winfrey. "I feel like it's the right thing to do, but I'm charged," she told Winfrey, 67, on her show. "It's a weird thing to announce that I'm stopping,"

She additionally explained that "there's just different things as a creative person that I feel like I need to do" going forward. 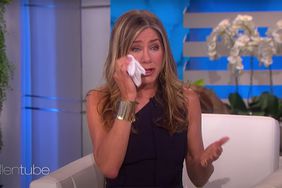 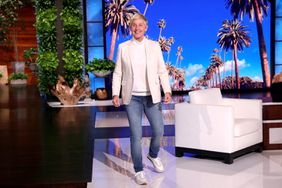