"Getting to wear a beautiful dress and have a night out is amazing," The Crown star Claire Foy tells PEOPLE

Claire Foy could not be more thrilled that her Netflix hit, The Crown, has been nominated for 13 Emmy awards.

“It’s such an honor,” the actress — who is nominated outstanding lead actress in a drama series — says in the current issue of PEOPLE.

Foy, 33, is looking forward to reuniting with her castmates at all the parties surrounding the Sept. 17 awards show.

But the U.K.-based star, who has a 2-year-old daughter, has another reason she’s excited to head to Los Angeles in a few weeks.

“I live in London and I have a child, so getting on a transatlantic flight and having my hair and makeup done and getting to wear a beautiful dress and have a night out is amazing,” says Foy. “It’ll be magic — aside from the jet lag!”

The upcoming second season, which will cover the Queen’s reign from 1956 to 1964, will be the last for Foy and costar Matt Smith. 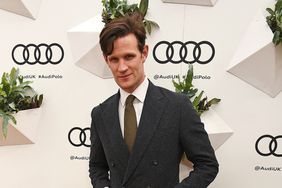