'The Challenge: War of the Worlds' ' Paulie Calafiore Opens Up About That Painful Performance

WARNING: Spoilers from the May 8 episode of The Challenge: War of the Worlds ahead.

The Challenge: War of the Worlds just took its most shocking turn yet.

Sure, it was pretty jaw-dropping when Johnny “Bananas” Devenanzio, C.T. Tamburello, and reigning champ Ashley Mitchell were eliminated… but none of those defeats quite compared to the heartbreaking conclusion to Paulie Calafiore’s win-filled season.

The 30-year-old Big Brother alum dominated throughout his second season on the MTV hit and seemed a shoo-in for the final when he was selected to compete first in this week. Still, an obstacle course consisting of swimming and climbing elements looked like they would’ve been a cakewalk for him — even if it was a “purge” challenge, meaning the last-place competitor went straight home.

But then Calafiore went for that Tarzan-like rope swing and missed, tumbling 50 feet into the water below. And then he missed again. By the time he made it onto the platform, back into the water and was ready to climb the last leg of the course, his body was frozen — and his season was over.

Thankfully, Calafiore was willing to dredge up the memory of that devastating defeat (or, as he says, “relive the nightmares”) and take us through his mindset that day — and where he thought he went wrong.

PEOPLE: First of all, were there any resulting injuries from all those falls?
PAULIE CALAFIORE: Yeah. Just landing on your neck from 50 feet in the air five times definitely left me with some whiplash. I don’t think I was able to turn my neck for about two to three weeks. Fortunately no breaks, no tears, but a lot of things fall out of whack when you’re falling from that high up that many times. It definitely takes a toll on the body.

Let’s start at the beginning. How were you feeling going into this challenge?
At that point, I was feeling really great, really strong. I felt as though I had the ability to win the whole thing had I punched my way through the final.

What was your mindset when T.J. Lavin first explained what was involved in this challenge?
I went into it with the same mentality that I go into every challenge, just looking to win. I looked at all the tangible pieces of the competition and I was like, “I have no fear of heights, I’m a great swimmer, I can climb.” I’d never really swung on a rope before but I was going to see how I did.

How did you feel about having to go first?
Going first on a purge challenge is never easy because by the time I figured out the right placement to grab the rope to swing across, I had already fallen twice and that gave everybody the key to where to grab the rope to not fall.

What was the experience of that rope swing like for you?
The rope was essentially my downfall. I’m used to climbing on thick ropes and that was a very thin rope. So really not much goes into your grip strength as much as can you get your body up on the rope. I grabbed the rope too low, which, as soon as I jumped off and my body weight came into full momentum, I went smashing into the water. Climbed up, grabbed the rope a little higher, went smashing into it again. And then the third time, I finally grabbed it at the right place and I made it across. But at that point, I had fallen into the water two times, my body was freezing up.

What happened to your body when you went to climb the net for what was supposed to be the last time?
By the time I stuck my hands in the net at the top, everything froze up. I had no dexterity left because I’d lost dexterity in my hands. I was basically grabbing and just relying on my mental strength to just tell my hands to squeeze and they’ll squeeze because I can’t feel a thing right now. Once I got to that top-top part where you really needed your hands, they were gone.

At what point did you feel like the season slipping through your fingers?
After the third fall — so once I had retrieved the ring and made it up and fell — that’s when it hit me that $750,000 just slipped through my fingers. That’s when I was just kind of doing it because I’m not just going to sit here and quit just because I know I’m not going to win…. It was really devastating to experience. By the time it was done, I had given everything my body could give physically and then mentally, once it was over, my body started convulsing with my muscles seizing up from the hypothermia that was kicking in. So I was just trying to focus on breathing. My body wanted to shut down, and I didn’t want it to shut down.

When the time ran out, was there any part of you that was relieved it was over?
No. I was going to try to keep climbing that thing until I made it to the top. It was more of a pride thing at that point than ever wanting to quit. It was a really long season. I was more disappointed in myself that I didn’t have the will power to slow myself down.

Is that where you feel you went wrong?
Yeah. I think it was inexperience. I got so mad that I got picked to go first again that I just was going to go first and show everybody that this challenge is mine. I’m going to go there, I’m going to do this as fast as possible so that everybody watching says, “Alright, well, we’re making it to a final but there’s no way we’re beating that guy.” I made a very inexperienced mistake. Now moving forward, when it comes to purge challenges, my mindset isn’t going to be first place — it’s going to be finishing as fast as I can logically, not worrying about if anybody is going to finish before me, and the only thing I have to worry about is not finishing last.

Without spoiling anything about what’s to come, do you feel confident you would’ve won the whole thing? Because before this, smart money probably would’ve been on you.
I do feel as though I was winning the whole thing, especially at that point in time. Leading up to that challenge, I was like, “This money’s mine; I’ve just got to stay focused.” And then one lapse in judgment cost me $750,000 or $200,000. The fact that I went home with nothing was a bitter pill to swallow, but it has fueled and motivated me to train even harder for if I get the opportunity to go on again. Two heartbreaks in a row is too much for me. I can’t take three.

RELATED: Johnny Bananas Reveals What It’s Like to Be the King of The Challenge

What vet do you want to go up against whom you haven’t faced yet?
I can’t consider myself truly the best unless I run a final against the people who are in this final and let’s throw in Jordan [Wiseley], throw in Johnny Bananas, because when it comes to finals, those guys can kill it. I can’t consider myself the best of the best until I can go against those guys and beat them.

How is your relationship with Cara Maria Sorbello going?
We are doing amazing. We’re just enjoying life.

The Challenge: War of the Worlds airs Wednesdays at 9 p.m. ET on MTV. 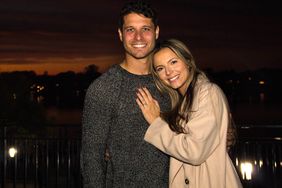 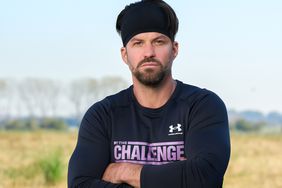 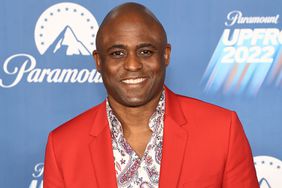 Wayne Brady on Being a 'DWTS' Front-Runner: 'I'm Approaching It with the Mindset of, 'This Is Mine' ' 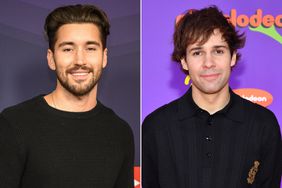 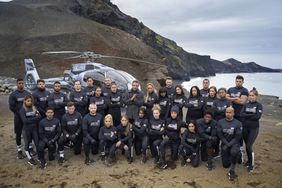