The Big Bang Theory finale was an emotional (and revelatory!) hour of gasps, aha moments and tears (both happy and sad!)

With every ending, comes a new beginning.

On Thursday’s two-part series finale of The Big Bang Theory, the characters of the beloved CBS series said their final goodbyes while dropping some pretty major news. It was an emotional (and revelatory!) hour of gasps, aha moments and tears (both happy and sad!).

The biggest takeaway: the forever-broken elevator has been fixed! After 12 seasons, the elevator next to apartment 4A and 4B was out of order and covered with yellow ‘caution’ tape. Well, it’s back in business.

One plot line that wasn’t necessarily on fans’ radar was Penny (Kaley Cuoco) and Leonard’s (Johnny Galecki) big news: they’re having a baby! That’s right, your favorite girl-next-door and quirky scientist are expecting.

The finale was split into two episodes: “The Change Constant” and “The Stockholm Syndrome.”

First, Sheldon Cooper (Jim Parsons) and Amy Farrah Fowler (Mayim Bialik) found out they’ve won the Nobel Prize for physics. (Enter clapping emoji here.) While the gang was ecstatic to travel to Sweden to watch the dynamic duo accept their award, Sheldon’s self-centered attitude got in the way of what was meant to be an enjoyable trip.

Unable to keep the pregnancy news a secret, Penny and Leonard decided to inform Sheldon on their way to Sweden.

“She’s clearly sick and I’m going to catch it and it’s going to ruin the greatest day of my life,” Sheldon told Leonard.

“I promise you you’re not going to get what she has,” he responded.

Unimpressed by Sheldon’s reaction to the news, Leonard said, “You just found out that a woman you have loved and cared about for 12 years is pregnant and all you can say is you’re relieved she’s not going to get you sick? You are a selfish jerk.”

Meanwhile, Rajesh “Raj” Koothrappali (Kunal Nayyar) swore he was sitting next to Sarah Michelle Gellar on the plane — but Howard Wolowitz (Simon Helberg) shut him down.

Once the gang got to Sweden, Sheldon was unable to think about anyone other than himself. But once everyone threatened to leave, Sheldon had a somewhat life-changing moment.

“I have a very long and somewhat self-centered speech, but I’d like to set it aside,” said Sheldon during his Nobel Prize acceptance speech. “This honor doesn’t just belong to me. I wouldn’t be up here if it weren’t some very important people in my life.”

After thanking his family, Sheldon turned to his friends and said, “My other family who I’m so happy to have here with us … is that Buffy the Vampire Slayer?” (Yes, Sarah Michelle Gellar does make an appearance in the finale!)

“I have been encouraged, sustained, inspired, and tolerated not only by my wife, but by the greater group of friends anyone ever had,” Sheldon continued. “I apologize if I haven’t been the friend you deserve but I want you to know, in my way, I love you all.”

Last month, the cast taped their 279th and final episode in front of a live studio audience. And needless to say, the emotions were running high.

The cast walked hand-in-hand before their final curtain bow as they geared up to film their last scenes together.

“I can’t handle this,” Cuoco yelled to the crowd while fighting back tears.

Later on during the taping, Galecki addressed the audience and said the past 12 seasons have been “a dream come true.”

“You’ve been the best fans,” he said.

“The Big Bang Theory will live on in our hearts forever,” Cuoco added. 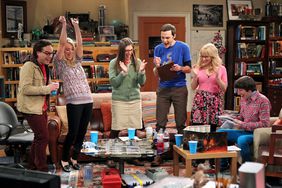 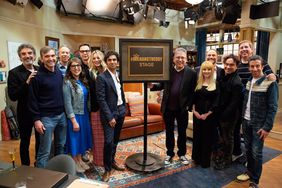 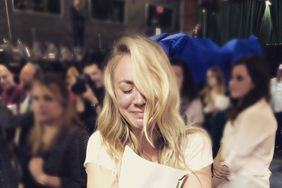 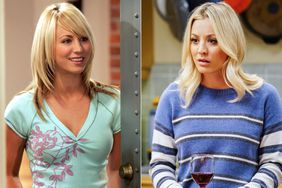 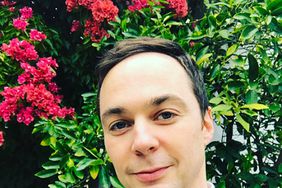 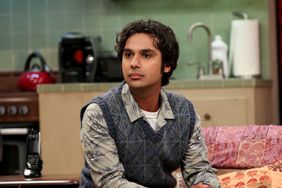 Kunal Nayyar Drank His Weight in Tequila, 'Cried a Lot' After Wrapping 'The Big Bang Theory' 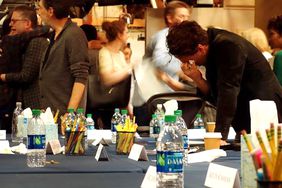 Kaley Cuoco Is 'Thrilled' with Penny's Ending on 'The Big Bang Theory' : 'It's Just Beautiful' 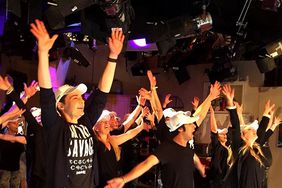