The former Bachelor couple previously announced their breakup on May 29

Cassie Randolph is sharing her truth and accusing her ex-boyfriend, Colton Underwood, of planning to "monetize" their recent breakup.

The drama between the two Bachelor stars began earlier this week when Randolph, 25, made an appearance on The Bachelor: The Greatest Seasons Ever! to give an update on her life and chat with host Chris Harrison about her split from Underwood, 28.

After the episode aired on Monday night, Underwood took to Instagram Thursday to reflect on his former flame's interview, notably stating that Randolph had broken their agreement not to talk about their breakup in public.

Mere hours after Underwood spoke out on his breakup, Randolph posted three lengthy notes to her Instagram Story to address his comments for "public record."

"I would like to state that I do not wish to create an online petty war," Randolph began her series of posts.

"Colton, as you know we made an agreement to not publicly discuss our break up. I have honored this, as have you thus far," she continued, before explaining that she only participated in an interview with Harrison out of recognition of the "platform" that The Bachelor gave her and because she didn't "see any harm" in doing so. "I don't want to make enemies with, or turn my back on the franchise."

She added, "Colton, your last Instagram post saddened me, but also left me frustrated. It seems you are subtly engaging in a tactic that peppers in aggressive comments such as 'that obviously changed this week' in order to make me look like the bad one."

Randolph then asked Underwood to "politely refrain" from discussing their year and a half long romance and to "not cloud" their relationship" with a "messy breakup."

Will you accept this rose? Sign up for PEOPLE's free weekly Bachelor Nation newsletter to get the latest news on the Bachelor, the Bachelorette and everything in between!

Randolph then claimed, "On Monday evening, you informed me you intend to monetize our breakup by writing a new chapter to discuss your experience with COVID (where you stayed in my family's house during your recovery) & about our breakup."

"You have also refused to give me any sort of approval on the chapter you will be writing, which will heavily feature me ... This seems a bit unfair to me. Colton, you can do what you want, but please do not have a double standard."

Concluding her message, Randolph then expressed her well wishes for Underwood and made clear that she hoped her statement would be the last word on the matter, writing, "I can’t control your actions but I sincerely hope we can both move forward in peace. Thanking you in advance. I would prefer this to now be the end of this. I wish you nothing but the best & hope you can move on peacefully and successfully."

A rep for Underwood spoke to E! News, telling the publication that Randolph's accusations are "simply not true."

In his lengthy Instagram post on Thursday, Underwood addressed his relationship with Randolph and wrote: "These last few weeks have been challenging because, by now, you all know I’m an open book and I enjoy sharing my life with y’all. When our relationship ended we agreed to handle things as privately as possible as we attempted to navigate our new relationship as friends. I chose to do that since we were living in this interim period, but obviously a lot changed this week."

"I’ve come to realize when you’re in the thick of it you just need to take a step back and look at things from a different perspective," he continued. "In doing so I have gained so much clarity about what I want and more importantly what I need in a relationship."

Underwood added that he's "so excited" for the "next chapter of my life with new stories and new people."

"I can’t thank y’all enough for your understanding and your support during this time," he concluded. "Your messages mean a lot!" 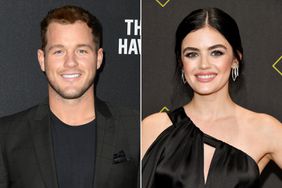 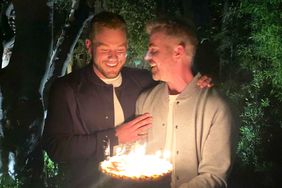 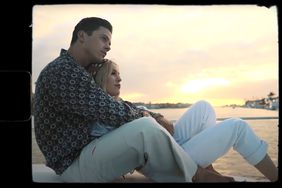