John Hersey wrote on Reddit that he and Katie Thurston "developed an incredible and deep friendship" over the past year and a half, but it was "always platonic"

John Hersey is addressing the rumors about the timeline of his romance with Katie Thurston.

On Monday, the former Bachelorette contestant, 27, wrote a letter on Reddit assuring fans that he and Thurston, 30, did not pursue a relationship until after she had split from ex-fiancé Blake Moynes.

"I am absolutely in favor of everybody having their own opinion, voicing that opinion, and hell, arguing and yelling about that opinion. What hurts me, however, is watching SO many of you build assumptions and throw around accusations based on very limited knowledge of a situation," he wrote.

He went on to say that he and Thurston "developed an incredible and deep friendship" over the past year and a half, but it was "always platonic."

"The boundaries of our friendship with respect to her ongoing relationship never even required addressing, because it was never a thought in our minds that we would ever be anything more. You guys- she was engaged. It is apparent that many of you misjudge how both her and I view that commitment," Hersey said. "Neither Katie nor I would ever cheat, push someone to cheat, or be involved in cheating. It is not in our nature. It is not acceptable. It is not okay."

RELATED GALLERY: Every Bachelor and Bachelorette Couple — Where Are They Now?

Hersey added that the couple knew once they did begin fostering a romantic connection that "the only difficult part would be the optics of it all."

"To those of you that suggest we should have waited- I understand. I hear you. But try to understand what it's like for me, a regular guy, falling helplessly for his best friend, not being able to take her out for dinner because photos would likely leak and everybody would assume we were trying to foster some sort of secret and scandalous relationship," he continued. "Our decision to come out publicly was a decision to pursue happiness in the way we wanted. Disagreeing with someone for how they decide to go about it is okay. Everybody is different. I understand."

Hersey ended his note by reiterating that "cheating in any form is unacceptable, and I'm sorry if it looked as though either of us were taking advantage of anyone's trust."

Last week, a rep for Thurston confirmed the couple's romantic connection to PEOPLE after the reality star shared footage of Hersey on her Instagram Story.

"It's known Katie and John became close friends post-season," the rep said. "John has been there for her through all the major changes in her life and they are excited to explore this newly found romantic connection."

Thurston's post included a video of Hersey flying a small plane as she sat in the back seat, as well as a clip of him serving her a cocktail while he was bartending. She also added in the moment the two first met, when he exited the limo in the premiere episode of her Bachelorette season.

"The last couple weeks have been insane, I've felt like I've been dreaming," he told her at the time. "I honestly thought I was going to get out of this limo and see you and kind of snap out of it, but that is not the case at all. I feel like I'm dreaming twice as hard right now."

Thurston and Moynes, 30, announced their breakup in a joint statement last month, after fans saw them get engaged during The Bachelorette finale in August.

Hersey, meanwhile, was eliminated during week two of Thurston's season. 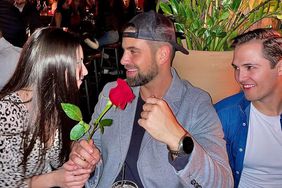 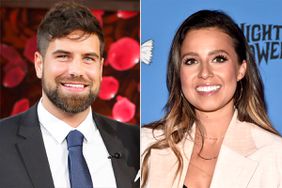 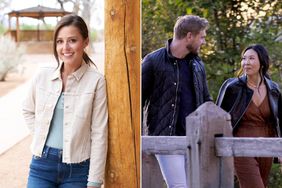 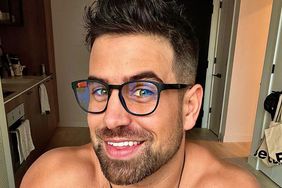 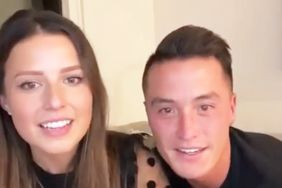 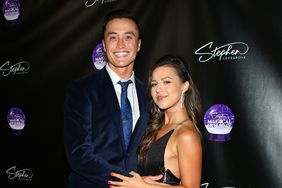